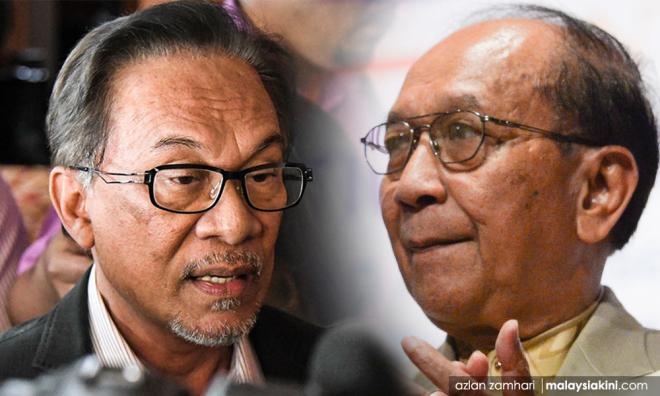 PKR today highlighted a joint statement that outlines Dr Mahathir Mohamad as the Pakatan Harapan candidate for prime minister and Anwar Ibrahim as his successor.

This follows Bersatu supreme council member Rais Yatim telling The Star in an interview that there was no "black and white" for Anwar to succeed Mahathir.

"Mahathir and the Pakatan Harapan presidential council have also stood by this arrangement," the PKR leadership council said in a statement, which was issued after a political bureau meeting this afternoon.

The Pakatan Harapan consensus document paved the way for Mahathir to become its prime ministerial candidate, even despite objections from senior leaders within the coalition.

The document also outlines that if Harapan won the 14th general election and Mahathir became prime minister, he would seek a royal pardon for Anwar, who would thereafter succeed him as the eighth prime minister.

No timeline is mentioned in the document.

Mahathir, who was installed as the seventh prime minister following Harapan's electoral victory last year, followed through and sought a royal pardon for Anwar.

In its statement today, the PKR leadership council also reiterated its support for Mahathir's efforts to fix the economy, implement institutional reforms and strengthen national security.

The council also stressed the need for economic reforms, and to take advantage of global market uncertainty – such as inviting technology giant Apple Inc, which is facing difficulties in China, to Malaysia.

On a separate issue, the PKR leadership council also acknowledged the need to intensify party activities.

It said the PKR president and other party leaders will be conducting visits to the respective states, as has been done in Sabah, Sarawak and Kuala Lumpur.