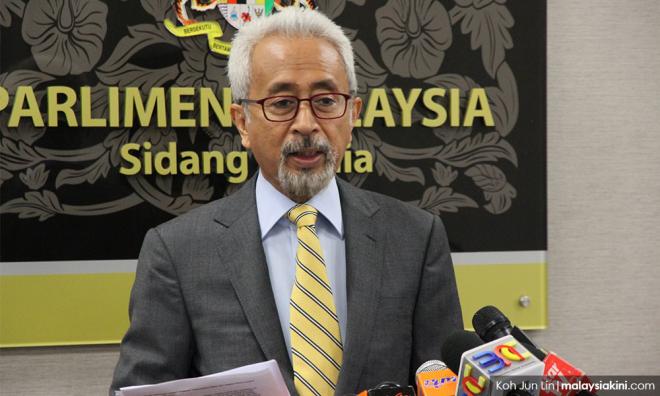 "The recent PAS muktamar, as before, has again belittled those from other parties.

"Among the incidents was a PAS delegate from Selangor who mocked Mohamad's command of English at a meeting in Singapore recently.

"The attitude of assuming one and one's party is perfect is a culture among certain PAS committee members, even though Islam asks that Muslims be humble and to always reflect on their own weakness," Raja Kamarul Bahrin said in a statement today.

Mohamad's opponents had criticised his performance at the eighth Asia Security Summit's Shangri-La Dialogue in Singapore on June 1.

The issue was raised by Selangor PAS delegate Roslan Shahir Mohd Shahir, who told the PAS muktamar last Saturday that he could speak better English than Mohamad.

Raja Kamarul Bahrin pointed out that PAS itself had elected Mohamad as its deputy president in the past, the very person it is now mocking.

"Last time, I was asked by the PAS central committee to invite Mohamad to speak at ceramah events in Terengganu because of his public speaking talent that could ensure the events would receive a good collection of donations," he said.

However, he added, PAS members have now turned on Mat Sabu, as he is widely known, out of "jealousy".

Mohamad was PAS deputy president from 2011 to 2015. He formed Amanah after most progressive leaders in PAS were purged in the 2015 party election.

Raja Kamarul Bahrin said Mohamad is an honest person who had admitted that he could not complete his tertiary studies due to his involvement in activism.

The senator asked if the same could be said about certain individuals who claimed to have studied in the Middle East.

"Before Selangor PAS members mock and belittle others, they should study history and scrutinise their associates," he added.