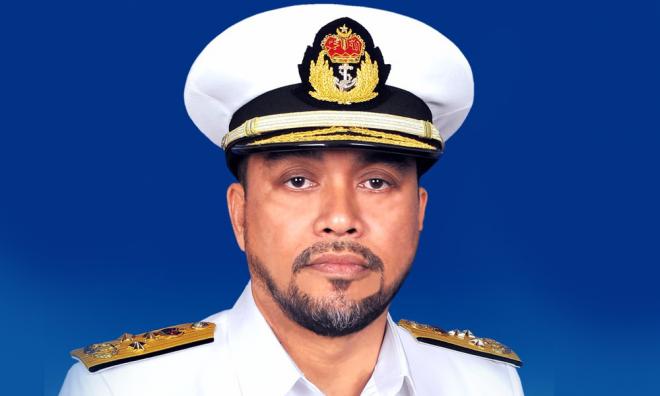 However, he said the Eastern Fleet commander had been directed to step up control and to give full attention to the South China Sea, especially on matters involving foreign ships.

“I have read reports (on the presence of People’s Liberation Army Navy ship) but they did not give any evidence of this happening.

“If it happened in our waters, our (RMN) ships would have reported to me because they would have been there,” he told a news conference at the handing over of duties for the Western Fleet commander in Lumut today.

He was commenting on international media reports and viral satellite pictures showing the Liaoning ship near the South China Sea recently.

Reza said the people should not make baseless comments like RMN was not conducting patrols in the country’s waters.

He said this following the detention of a local fishing boat by an Indonesian Fisheries Patrol vessel at a location southeast of Pulau Jarak here, about seven nautical miles from the international borders of the two countries, on Friday.

“Actually, on the day of the incident, our navy defence asset was about 40 nautical miles from the scene of the incident, and we immediately went to the location to help the Malaysian Maritime Enforcement Agency,” he said.

In his speech, Reza hoped the new leadership would ensure that the Western Fleet Command and the Naval Education and Training Command would remain excellent in tandem with developments and demands of current technology.

At the ceremony, Western Fleet commander Rusli Ramli, who is going on leave prior to mandatory retirement on Dec 24, handed over the baton of command to Aris Adi Tan Abdullah.

Reza also witnessed the handing over of duties for the Naval Education and Training Commander from Aris Adi to Khalid Jaafar, who was the Eastern Fleet deputy commander.