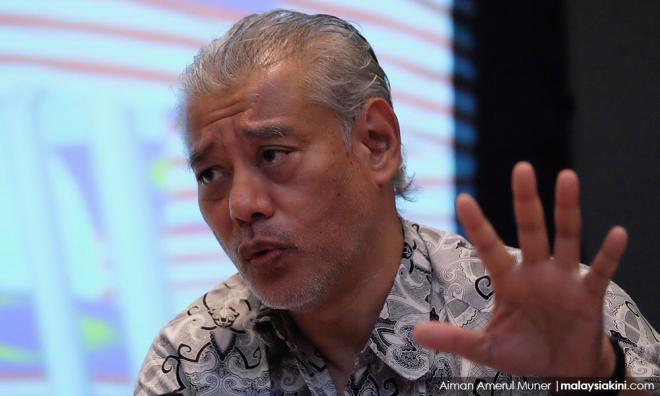 Economist Jomo Kwame Sundaram (photo, above) today stressed on the need for political commitment to push for a swift implementation of the renewable energy (RE) agenda as alternative energy enforcement seems to be lagging.

The Khazanah Research Institute senior adviser noted there were RE resources to be considered such as photovoltaic solar panels, which are cheap to implement.

”The general agreement is that it’s not a question of cost but (is there) other enabling conditions. It is really a political question.

“The rise of such concerns could be due to the fundamental change in conversation (for instance, climate change) in many parts of the world," he said during a discussion on “A New World Order” in Kuala Lumpur today.

Jomo was answering a question from the floor on the possibility of the implementation of RE.

”Looking at what is going on in the renewables (space), it is already happening. The question is whether the implementation will be made at the governmental, supra-governmental or local and municipal governmental levels, to try to accelerate the whole transition.

”The transitions are different in various parts of the world and I don't think there is a one size fits all solution,” said Jomo.

He added that the development of other RE alternatives besides photovoltaic solar panels and wind turbines would be very important.

Jomo said a big breakthrough in geothermal energy would be beneficial, particularly to those geothermally active locations and tidal power for countries with coastal areas.

Speaking to reporters later, Jomo urged for a higher government commitment in Malaysia to implement bio-diesel agenda as progress was relatively slow in the sector.

He pointed out that other parts of the world, especially Europe, are progressing well in implementing biodiesel in their transportation sector.

”Since the 1980s, we have been talking about biodiesel...but we have made very little progress to pushing or developing it. In Europe, if you are driving around, you can have a car using only biodiesel.

“Is it (because) we have not learnt from other countries. If other countries can implement it, why can't we? I think the question is of the level of commitment at the highest level,” he said.