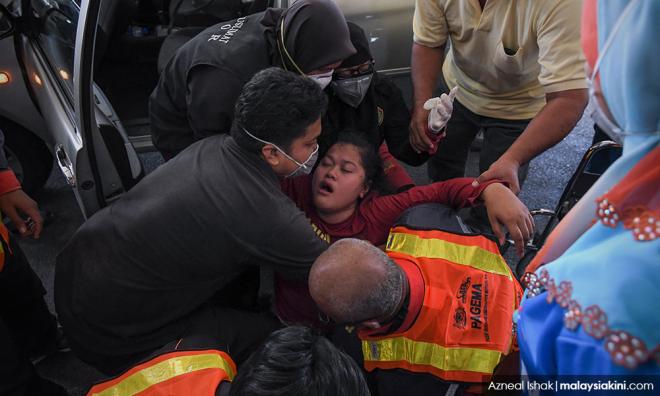 The Johor state government dismissed claims that its agencies were slow to react during the recent pollution issue in Pasir Gudang.

“From the beginning, the Fire and Rescue Department, the Department of Environment, the Chemistry Department and the District Office were among the agencies which immediately handled the issue.

“There wasn’t a single government agency which did not play its part. Up till today, everyone played their roles well. I dismiss the claims that government agencies did not perform their duties,” he said in Johor Baru today.

Khuzzan added that as of noon today, there have been no new pollution-related incidents reported in Pasir Gudang.

He said most of the victims were students.

Up until yesterday, 75 victims have been referred to the Sultan Ismail Hospital, with four in the normal wards.

Khuzzan also said the state government will look into the need to set up a buffer zone between the industrial and housing areas as a way of preventing a similar incident from happening in the future.

“For now, our focus is on ensuring that the operations being conducted by the District Disaster Committee goes on smoothly.

“After this, we will look into setting up the Pasir Gudang Monitoring Committee to plan the setting up of a buffer zone between the industrial and housing areas,” he said.