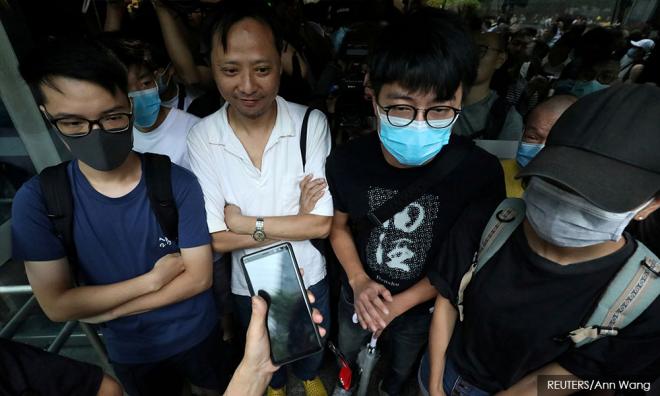 Hong Kong activists have raised more than HK$5 million (RM2.65 million) in a crowdfunding campaign to take out newspaper ads in a bid to get a controversial extradition bill on the agenda at the G20 summit.

Millions have taken to the streets this month to protest against the bill, that would allow people to be sent to mainland China for trial, plunging the city into political crisis and posing a challenge to Communist Party rulers in Beijing.

Hong Kong leader Carrie Lam suspended the bill in a dramatic climbdown, but the activists are demanding the bill be scrapped altogether.

”We now need your support: get our voices heard at your governments and consulates; let freedom prevail at the upcoming G20 summit and beyond,” a draft of an ad said.

”We can be saved if you act now,” said the ad, which was signed by Hong Kong Citizens, Vanguards of Freedom.

G20 leaders meet in Osaka, Japan this week. The Hong Kong protesters plan another demonstration tomorrow to raise awareness among world leaders ahead of the summit.

The campaign is certain to rile Beijing after Chinese assistant foreign minister Zhang Jun said China would not allow the G20 nations to discuss Hong Kong.

The former British colony returned to Chinese rule in 1997 and is governed under a “one country, two systems” formula that allows freedoms not enjoyed in mainland China, including the freedom to protest and an independent judiciary.

But many accuse China of increased meddling over the years, obstructing democratic reforms, interfering with elections and of being behind the disappearance of five Hong Kong-based booksellers who specialised in works critical of Chinese leaders.

Opponents of the extradition bill fear it would put them at the mercy of Chinese courts, controlled by the Communist Party, with a record of arbitrary detentions, torture and other human rights violations.

Any money left over from the ad campaign would go towards the funding of activists arrested during the protests, the group said.

There were chaotic scenes this month when police fired rubber bullets and tear gas at protesters near the heart of the financial centre, which was gripped by 79 days of pro-democracy “Umbrella” protests in 2014.

The Civil Human Rights Front, organiser of this month's protests, is gearing up for an annual march on July 1, the 22nd anniversary of Hong Kong's handover to Beijing. The group has called on people to turn out in force.

Beijing has said it supports Lam's decision to suspend the extradition bill but has been angered by criticism from Western capitals, including Washington, about the legislation.