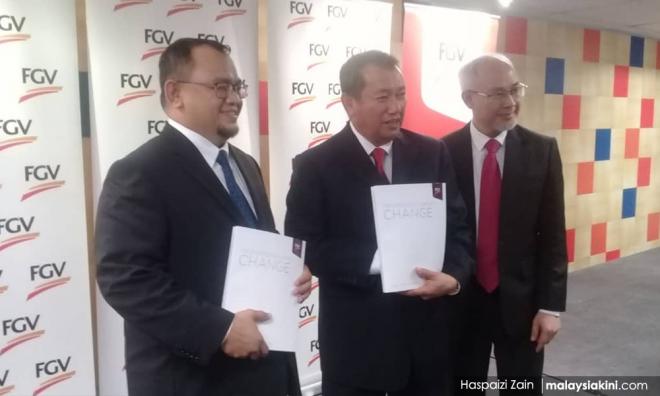 FGV board in a bind - shareholders throw out directors' fees, perks

Felda Global Ventures Holdings' (FGV) board of directors is in a bind after shareholders approved the reappointment of its members but voted down the payment of their fees and allowances.

"This has put us in a bit of a bind. The ironic thing is that we did not have any problems with the re-election of directors as all those resolutions were approved.

"It's as though the shareholders still want us to be directors but do not intend to pay us," FGV chairperson Azhar Abdul Hamid was quoted as saying by The Edge Markets.

The FGV board immediately convened a meeting following the AGM to discuss the prospect of serving without fees.

“This is a historic event and right now the board members are currently discussing as to what is the most appropriate thing to do. So they are looking at options as to how to resolve this.

The major shareholders voted down almost RM4 million in directors' fees as well as other benefits.

The resolutions that were voted down are as follow:

3) To approve the payment of benefits payable to the non-executive directors based on the remuneration structure as disclosed in Explanatory Note 4 for the period from June 26, 2019, until the next annual general meeting of the company to be held in 2020.

According to "Explanatory Note 4", non-executive directors are entitled to a RM2,000 allowance for local meetings and this amount increases to RM5,000 for meetings overseas where they have to take a flight of more than eight hours.

As for teleconferencing, they are entitled to an allowance of RM1,000.

The non-executive chairperson is also entitled to a car allowance, driver, club membership and telecommunications device.

However, the directors won't be getting these benefits after Felda shareholders' voted them down.

The FGV shareholders also voted down a fourth resolution which would have granted the directors authority to issue new shares.

The remaining eight resolutions, which concerned the reappointment of the individual directors and auditor, as well as renewal of shareholder mandate for related-party transactions, were approved.