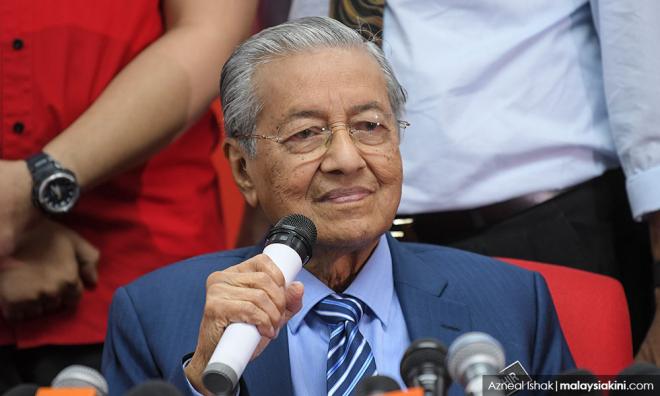 Settlers leave it to PM to decide on new Felda chairperson

Felda settlers leave it totally to the wisdom of Prime Minister Dr Mahathir Mohamad to decide on the candidate to become the new chairperson of the land development agency.

The appointment is to fill in the vacancy created by Megat Zaharuddin Megat Mohd Nor who announced his resignation from the post today.

National Settler head Sulong Jamil Mohamed Shariff said Felda settlers nationwide accepted the resignation of Megat Zaharuddin and will not pressure the prime minister in deciding the candidate for replacement.

"I do not want to comment further on the matter and he (Megat Zaharuddin) had announced it yesterday and the official statement had been issued today. We accept the matter and leave it to the wisdom of the prime minister to choose the (new) Felda chairperson. That is within his power,” he said at a media conference after the Felda Community Mega Raya 2019 celebration at Kampung Felda Sungai Kelamah, near Tampin today.

The media had reported today that Felda had confirmed the resignation of Megat Zaharuddin as Felda chairperson effective yesterday.

Megat Zaharuddin was appointed as the chairperson on July 26 last year after having served in Felda for almost a year.

Meanwhile, Sulong Jamil said that Megat Zaharuddin via his telephone conversation yesterday had advised that the agenda of the settlers and Felda be maintained.

FGV board in a bind - shareholders throw out directors' fees, perks
25 Jun 2019
Dr M: Felda chair resigned due to health reasons
25 Jun 2019
FGV hoping to complete Trurich Resources sale by end-September
29 May 2019
Give Felda settlers some aid for Raya, urges Anwar
28 May 2019