Understanding Zunar, through his latest book

Indeed, this is not a collection of cartoons, but a narration of his creative process, a reflection on the impact of his cartoons, as well as a contemplation of his journey as a political cartoonist in Malaysia, particularly during the critical political era between 2009 and 2019.

Organised in a chronological manner, this book presents the development of the artist’s works on the background of the important events, issues and political crises that have influenced his creativity. Through his creative work, Zunar’s name has become synonymous with the major issues happening in this country.

More than that, as reflected in its title, this book describes in detail the pressure that Zunar had to face as a result of publishing his works: threats, intimidation and imprisonment, for himself and his assistants; arrests; the confiscation of his books; the rummaging of his office by the authorities; pressure placed on his publisher and printer; as well as the mental and physical attacks led by supporters of the previous government on his exhibitions, his works and his person.

Starting with an introductory chapter about Malaysian politics by Sukhbir Cheema, the writer, cartoonist and co-founder of Eksentrika who helped Zunar to publish this book, readers are exposed to important issues in Malaysia, such as the history of government, laws related to the media and publication, such as the Printing Presses and Publication Act and the Sedition Act, self-censorship, as well as the Malaysian political background as the context of Zunar’s works and its impact on freedom of speech in this country.

This approach is in line with the art historical approach, which studies works in a formalistic and contextual manner, taking into account chronological aspects in understanding the work, and locating the artist in the context of his overall artistic development. Clearly, this book places Zunar in his context.

In addition to explaining Zunar’s philosophical concept and creative process, as well as the challenges he has faced, it also emphasises Zunar’s objective to warn and educate society about the failings of the government and to introduce change through his cartoons.

Beforehand, he briefly mentions his previous jobs, revealing that he once worked as a construction labourer, a factory worker and a laboratory assistant in a government hospital before finding success as a political cartoonist.

This book traces Zunar’s creative process and the impact of his works on the changes that have occurred in the attitudes of society and in the political scenario in Malaysia, as well as in the world of cartoons in general.

Zunar’s approach to work is quite systematic, going through the processes of research, reflection and the finding of an idea; the formation of the concept; the determination of the objective and methodology; the creation of the work; and finally, studying the response of the audience, both from the readership and the government. This entire process is built on careful research of the subject and characters, which is very important to Zunar.

Zunar draws cartoons in order to educate society so that they will be aware of wrongdoings by a government rife with corruption and abuse of power. He emphasises that politics influence their life; and that they have to take change into their own hands. This encourages him to constantly explore new approaches so that his message reaches his readers. In works that focus on major issues and characters, he inserts small characters that represent the audience, in order to make them realise that they are the true victims of the situations depicted.

Zunar’s clever use of visual language, symbols, metaphors and puns helps the audience to understand his cartoons and his message, like the diamond ring owned by Rosmah Mansor; or the parody of Superman: Man of Steel which is transformed into Sapuman: Man of Steal in order to depict former prime minister Najib Abdul Razak.

Zunar’s book describes in detail how each of his cartoons and books became controversial as a result of actions taken by the authorities, who stopped their distribution and their sale, despite early titles such as Gedung Kartun (2009) having received permission to be published by the Home Ministry. His other books have received the same treatment, because his cartoons expose the corruption scandals that were rampant in the country, involving in particular former prime minister Najib and his extravagantly rich wife Rosmah Mansor.

They also touched on critical issues such as the mysterious death of opposition activist Teoh Beng Hock; Anwar Ibrahim’s imprisonment; the murder of Altantuya Shaariibuu; and the 1MDB scandal.

Zunar’s cartoons have been considered a threat to public order. They were, therefore, declared illegal and he was dragged to the police station, detained, sentenced in court and thrown into jail. All of this is described by Zunar in this book.

Zunar demonstrates the same care and attention to detail in this book as in his works. Each incident is described carefully. With his sharp perception and eye to detail, he describes the Dang Wangi police station where he was detained after tweeting about the judge’s decision to sentence Anwar Ibrahim to jail on Feb 10, 2015. Through his words, readers get a very clear picture of the drastic and uncomfortable situation in the lock-up. 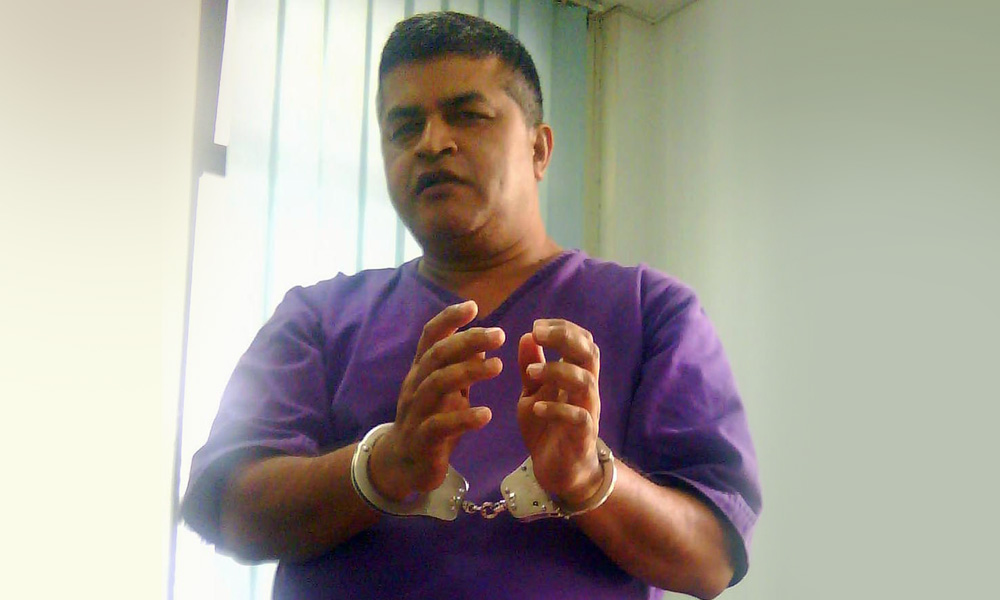 Just as he is detailed and systematic in his creative process, Zunar also adopts the same attitude to overcome all the threats and obstacles he and his assistants had to face as a result of his cartoons. Just as he prepared his cartoons carefully, he also prepared his strategy and faced each arrest with calm, contacting his friends in the media in order to publicise his arrests, especially through the internet and the social media.

Zunar’s case shows the importance and power of the internet and social media to influence the new political scenario in a global world, and in this country. Zunar’s strategy can serve as a guide for any cartoonist, writer or artist facing similar threats and situations.

Zunar’s works have given a new life to the tradition of political cartoons in Malaysia. The same sharp criticism could be seen in the pre-independence era, when cartoonists and the media opposed the colonial authorities.

In this context, Zunar has changed the landscape of Malaysian political cartoons, which was mostly documentary and propagandist, to become a form of political weapon and an effective medium of criticism. This has earned him global recognition and has made him the most important political cartoonist of this century.

Zunar’s philosophy is captured in the sentence: “How can I be neutral? Even my pen has a stand.” This shows that he will not compromise with any form of injustice, corruption or abuse of power. For him, remaining neutral is a form of avoidance, or in his words, “neutrality is escapism”.

Zunar insists that his talent is not a gift, but a responsibility in order to rectify the wrongdoings occurring in the country. He fights for justice for our country, not for himself. He dismisses fear, because his responsibility as a cartoonist is to bring change in order to improve things.

Zunar’s book also shows that he is not alone in his fight. His assistants, his friends, his supportive wife, his lawyers, the media, international cartoonist associations and his faithful supporters from all around the world have all contributed to Zunar’s success and played a role in his “fight through cartoons”.

Zunar has received many awards and accolades at the international level for his courage, his quick-wittedness and the power of his works in upholding freedom of speech through art, in this case cartoons, as well as his invaluable contribution to the rebuilding of this country.

His cartoons have not only revealed the unlawful activities of the previous government, but they have also contributed to making society more aware of critical political issues that have had a deep influence on our lives as citizens and human beings.

In this context, Zunar’s cartoons are not only a very efficient tool of protest, but also an agent of change of people’s minds, perception and thoughts. In truth, this is the “greatest award of all”.

Zunar’s latest book, Fight through Cartoons: My Story of Harassment, Intimidation & Jail, ought to be on everyone’s bookshelf, because it is not just about Zunar, but also about our country and all of us. Reading this book will help us to understand Zunar, and to explore the process of rebuilding the country.

NOTE: The book can be purchased through Zunar’s official website, major bookstores and also at his programme in Penang at 7pm on June 29 at Hikayat Book or at 2pm on June 30 at Borders Queensbay.

MULIYADI MAHAMOOD, PhD, is a retired professor of cartoon studies from the Faculty of Art & Design, Universiti Teknologi Mara (UiTM). He obtained his PhD in Cartoon Studies from the University of Kent, Canterbury, United Kingdom, in 1997 and has published extensively on the subjects of cartoons and Malaysian modern art, both in Malaysia and abroad. He was awarded the National Academic Award (Anugerah Akademik Negara) in 2012.

This Book Review, originally in Bahasa Malaysia, was translated by BRIGITTE BRESSON.

Zunar
latest book
Related Reports
After MACC appointment, Zunar 'steamrolls' Dr M
a year ago
The man who makes us laugh at our oppressors
a year ago
Zunar slams Harapan's pledges, points to repressive laws
a year ago
Zunar to exhibit 200 original artworks in Penang
a year ago