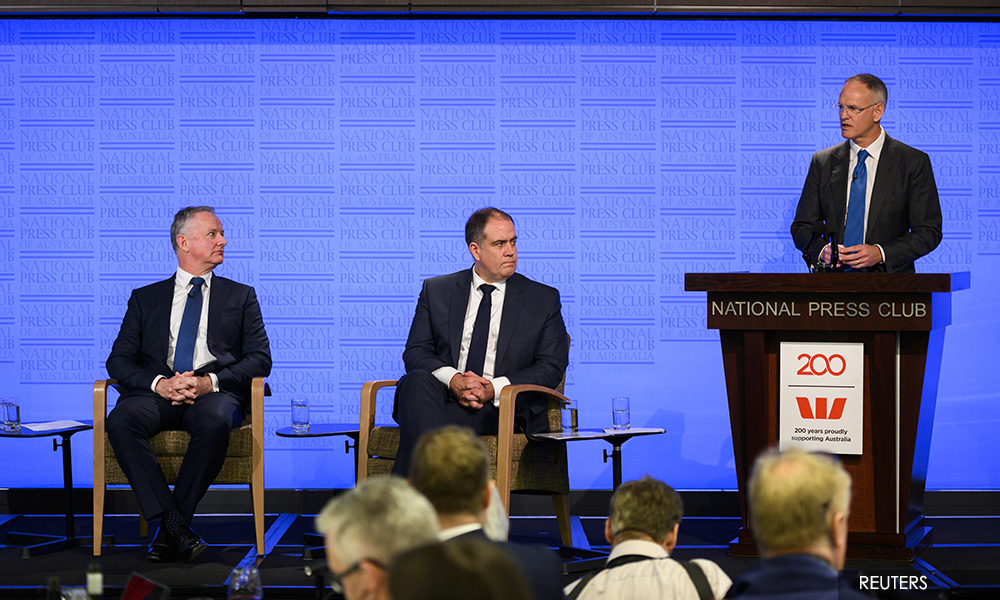 The rare show of unity by Australia’s usually tribal media industry underscored concern about a lack of legal protection for journalists.

The issue grabbed international attention earlier this month when police raided the ABC’s head office in Sydney, and a News Corp editor’s home over separate reports.

“Something has shifted,” said Michael Miller (above), News Corp executive chairman for Australia and New Zealand.

“The raids ... were intimidation, not investigation,” he said in a joint speech by the media bosses in Canberra.

ABC managing director David Anderson said government rhetoric about the importance of a free press was “not being matched by the reality”.

“Our journalists have too many impediments in their path, including the unacceptable risk of being treated as criminals,” Anderson said.

He said the raid on the ABC office was based on a World War One-era Crimes Act.

The ABC and News Corp plan to challenge the legality of the raids, although Miller said that would not address concerns about how warrants for the raids were issued.

Some Australian outlets reported that an unidentified person had been convicted, but some foreign media companies identified Pell because they were outside Australia’s jurisdiction.

Prosecutors are now seeking fines and jail time for three dozen Australian journalists and publishers for their coverage of the trial. Pell is appealing against his guilty verdict.

Oscar-winning actor Geoffrey Rush was awarded an A$2.8 million defamation payment in May against News Corp, the largest defamation payout in Australian history, after it published reports accusing him of inappropriate behavior. News Corp is appealing against that finding.

A court found this week three media companies, including News Corp and Nine-owned newspaper publisher Fairfax, were liable for defamatory comments posted below articles on their Facebook pages, despite being unable to edit the comments by members of the public.

“The growth of costly judgments based on Facebook posts or Google reviews show the law has ... failed to keep step with the way the world has changed,” said Nine CEO Hugh Marks.

Media
Australia
Journalism
ABC
Related Reports
Is journalism dead?
a year ago
Limitations to freedom of speech clear under existing laws - Gobind
a year ago
Media charges over Pell trial deemed 'chilling' for open justice
a year ago
Britain plans social media regulation to battle harmful content
a year ago