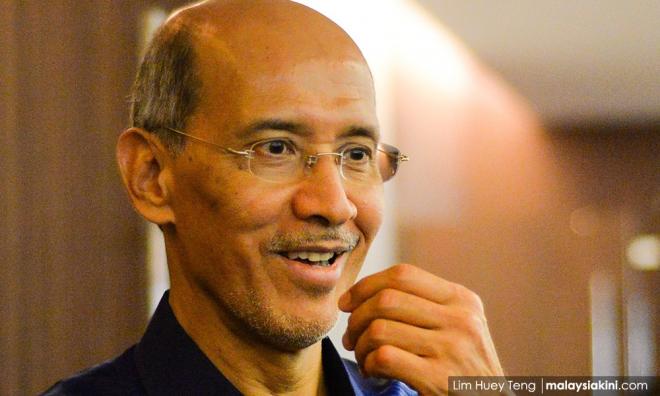 "I have informed Prime Minister Dr Mahathir Mohamad (about the resignation) and discussed a replacement to continue Felda's management.

"The prime minister has agreed to appoint Bakke as the new Felda chairperson for a two-year period effective July 1, 2019, until June 30, 2021," he added in a statement this evening.

Azmin described Bakke, who once served as 1MDB's chairperson and also had a brief stint helming Felda Holdings Bhd in 2009, as a corporate leader with vast experience, charisma and integrity.

"I'm confident he has the leadership to continue efforts to revive Felda as an agency capable of uplifting settlers and ensure Felda's sustainability," he added.

Bakke, 64, had earlier announced his decision to retire from Sime Darby Plantation after serving the group for nine years.

He currently also holds the position of Malaysian Palm Oil Board (MPOB) chairperson for a three-year period ending July 30, 2020.

Meanwhile, Azmin also thanked Megat, who was appointed on July 28 last year, for his efforts to assist the government in preparing the Felda white paper.

The white paper tabled in parliament on April 10 revealed that the agency was RM12.1 billion in debt as of 2017.

The rescue plan also included the Felda New Model - a business model which encouraged settlers to plant crops other than oil palm and rubber.

When contacted, Primary Industries Minister Teresa Kok said Bakke need not relinquish his post as the MPOB chairperson due to his new appointment.

"He is a capable industry player who helped MPOB and a man of integrity...

“So there is no need for him to resign from MPOB as he was also Sime Darby plantation managing director during his MPOB chief," she told Malaysiakini.

FGV shareholders' decision signalled loss of trust in board members
26 Jun 2019
Settlers leave it to PM to decide on new Felda chairperson
25 Jun 2019
Dr M: Felda chair resigned due to health reasons
25 Jun 2019
Azmin: Gov't to prioritise long-term solutions for Felda over duit raya
22 May 2019
Felda DG: We can't just clock in and out, uplifting poor requires 'jihad'
13 May 2019