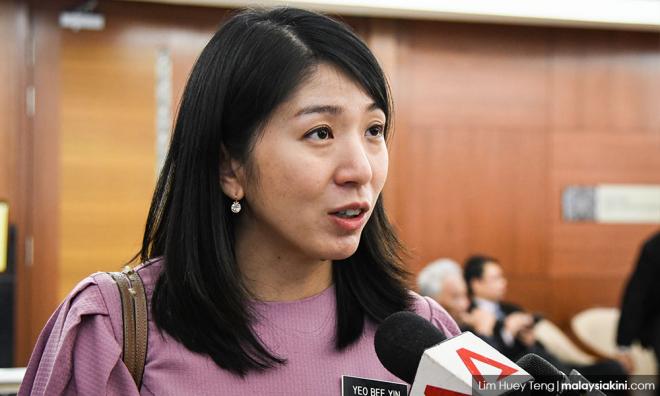 The source of the toxic fumes that affected schoolchildren in Pasir Gudang has yet to be determined, said Yeo Bee Yin.

The Energy, Science, Technology, Environment and Climate Change Minister said the department had carried out a number of tests to identify the chemicals but was yet to generate positive results.

“We have gone through all the possible chemicals that could have caused this incident but all came back negative,” she said in a statement today.

She said samples were taken from eight patients.

"This is different from the Sungai Kim Kim case where we had evidence of the presence of several substances, including traces of cyanide, which enabled us to identified the exact cause."

On June 23, the state government ordered all schools in Taman Mawar, Pasir Gudang to close for four days.

This comes after the first cases of toxic fumes inhalation were reported last week.

Yeo clarified that, as of noon today, no new patients had been admitted for symptoms of poisoning. This meant that just six patients remained warded.

According to Yeo, as a precaution, the authorities have ordered the removal of all chemical substances which might have caused the air pollution from factories in the area.

So far, a total of 100 tonnes of chemical substances have been removed.

She said the government also planned to set up a permanent air pollutant monitoring station in Pasir Gudang which would carry out continuous monitoring of air quality levels in the area.

She said it was suspected that those responsible for the pollution had cleaned up the evidence.