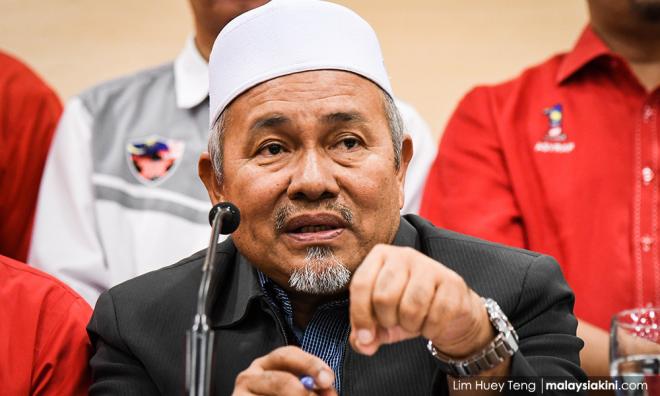 The 40 new crime charges brought against Umno president Ahmad Zahid Hamidi will not dampen the spirit of Umno or affect the party’s political cooperation with PAS.

This is because both Umno and PAS feel the new rounds of prosecution against Zahid concern an individual, and not Umno.

Both parties are preparing for talks on a joint charter that will be finalised next month, PAS deputy president Tuan Ibrahim Tuan Man (photo, above) was quoted as saying by The Malaysian Insight today.

“The charges (against Zahid) won’t disrupt PAS and Umno’s cooperation. Furthermore, we don’t get involved in the affairs of another party,” he said.

PAS secretary-general Takiyuddin Hassan added: “Our cooperation does not involve personal cases. It is the individual who has to face them.

“We should not conflate personal issues with party issues.”

Yesterday, Zahid claimed trial to another seven counts of receiving S$4.24 million (RM12.98 million) as an inducement to award a company to handle the foreign visa system.

During its 65th muktamar, PAS passed a motion on June 22 to upgrade the party’s cooperation with Umno.

Concurring, Perak Umno liaison chief Saarani Ahmad said Zahid’s trials would have no impact on the efforts made by both parties to unite Muslims.

“We are not talking about the unity of Zahid and (PAS president) Abdul Hadi (Awang). We are talking about unity between PAS and Umno.

“The charter of our cooperation is between the two parties. Whoever the leaders are, they will just have to follow,” Saarani said.