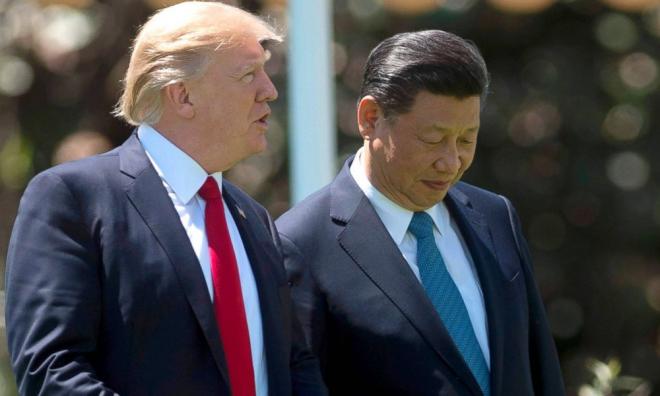 World leaders are descending on Osaka, Japan, for a summit tomorrow and Saturday of the Group of 20 (G20) big economies.

Overshadowing the G20 meeting, United States President Donald Trump and Chinese President Xi Jinping (photo, above) will meet on Saturday amid hopes for a breakthrough in the trade war between the world's two biggest economies, which has already dented global growth.

The United States and China agreed to a tentative truce in the nearly year-old dispute ahead of the Osaka meeting, Hong Kong's South China Morning Post reported today, citing sources.

Before leaving the United States yesterday, Trump said a deal was possible this weekend but he was prepared to impose tariffs on virtually all Chinese imports not already subject to levies if the two countries continue to disagree.

Policymakers are in a bind as global growth slows because of trade tensions, with the US Federal Reserve signalling it will cut interest rates.

That is weakening the dollar and putting pressure on the European Central Bank and Bank of Japan to come up with ways to keep their currencies from spiking, which would undermine their export-reliant economies.

Abe hopes to get free-trade language in the meeting's closing communique but faces resistance from Trump, who last year forced the G20 to drop its longstanding pledge to avoid protectionism.

A tussle over global warming continues, with US negotiators opposing a European-led push for a strong commitment to fighting climate change.

The latest draft of the G20 language on climate change, seen by Reuters, revives support for the 2015 Paris Agreement, calling it "irreversible". An earlier draft had avoided that commitment at the insistence of the United States, two sources told Reuters.

President Emmanuel Macron said France would not accept a G20 communique that does not mention the Paris accord. Trump, who has called global warming a "hoax", pulled the United States out of the pact in 2017.

While Iran is not a G20 member, it will very much be there in spirit as the threat of war with the United States looms after a series of incidents in the Gulf and escalating rhetoric.

Trump at the last minute halted an air strike on Iran last week in retaliation for its downing of a US drone. Since then, he has strengthened sanctions on Iran and threatened it with "obliteration". Iran said his sanctions were "mentally retarded".

As well as the Gulf tensions, oil markets are on edge about a looming deadline for OPEC to decide whether to extend production cuts. That could be the focus of Osaka meetings between Russian President Vladimir Putin and Saudi Crown Prince Mohammed Salman.

One G20 agenda item on which Abe may make progress is in reducing the glut of plastic waste in the oceans - although specific targets and firm commitments to action are unlikely.

The G20 will adopt a new implementation framework for steps to reduce marine plastic waste, though, on a voluntary basis, the Japanese government said after environment ministers met two weeks ago.