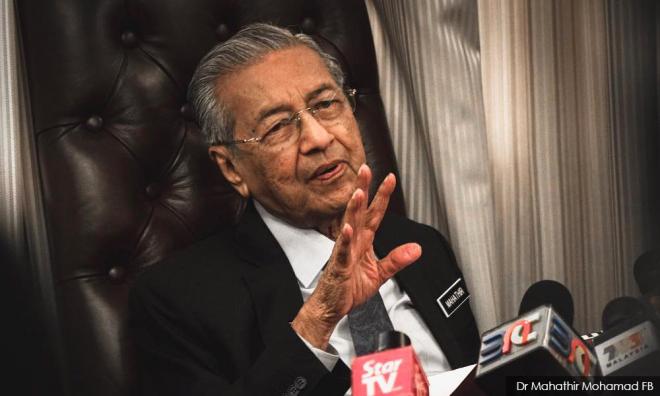 Dr Mahathir Mohamad today confirmed that the government will table a motion in Parliament to compel all MPs to declare their income and assets to the MACC.

In a brief reply to the media, the prime minister, however, did not elaborate on when the motion will be tabled.

“We will table the motion, whether it will be passed or not, that’s a different matter,” he told reporters after launching the Marvel Studios: Ten Years Hero Exhibition in Kuala Lumpur today.

The second meeting of the second term of the 14th Parliament will commence on Monday and will last until July 18.

Mahathir said all MPs should declare their assets as each one of them has influence over others.

“Opposition MPs are also influential people, so we should not use our influence to get financial rewards,” he said.

Currently, only backbenchers and members of the administration are required to declare their assets on a voluntary basis, which are publicly listed on the MACC website.

According to the portal, so far, 124 MPs and 79 members of the administration (including ministers, deputy ministers and political secretaries) have declared their assets.

July 26 hearing for Rosmah's bid to stay asset declaration
18 Jun 2019
Poll: Public not buying lawmakers' excuse for refusing to declare assets
1 Jun 2019
Day 18: Had I known, I wouldn't have transferred funds - witness
15 May 2019