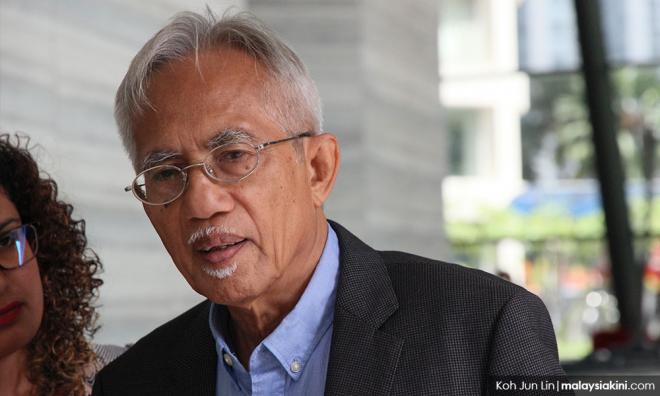 It is better for Malaysia Airlines Bhd (MAS) to be "married" to AirAsia than to wantonly allow the iconic brand to die, veteran newsperson A Kadir Jasin (photo, above) said today.

He noted that AirAsia had “married” MAS before, referring to their share swap agreement on Aug 9, 2011. The deal was short-lived, falling through eight months later.

“When the divorce occurred soon after, MAS was worse off. AirAsia seems to be in a prolonged state of ‘gila talak’ (divorce sickness) as it is known to be still interested in Malaysia Airlines,” Kadir wrote on his Facebook page.

”Therefore, it's better being married to AirAsia than to allow the brand to die.

“I understand there are other suitors. I can't say if they are real men or just dreamers. Whatever is the case, my plea is don't let the Malaysia Airlines name die,” he said.

He hinted that a recommendation was made to the government for MAS to be closed down.

Kadir added that while the government and the taxpayers may no longer be able to continue to lose money on MAS, it doesn't mean closing it down is the only answer.

“I say, not so fast. This looks like an easy way out. I smell something unpleasant. Fishy even,” he said.

MAS, he noted, is a great name that is globally recognised and there is a lot of goodwill attached to it. It is a brand that has a “considerable monetary value”.

Kadir also stressed that there’s no shame in selling it either.

“Even the wealthy Switzerland and Holland sold their national carriers to foreign airlines - Lufthansa and Air France respectively. Malaysia Airlines is already in partnership with many foreign airlines either through joint ventures or code-sharing, the latest being with Japan Airlines and Singapore Airlines,” he said.