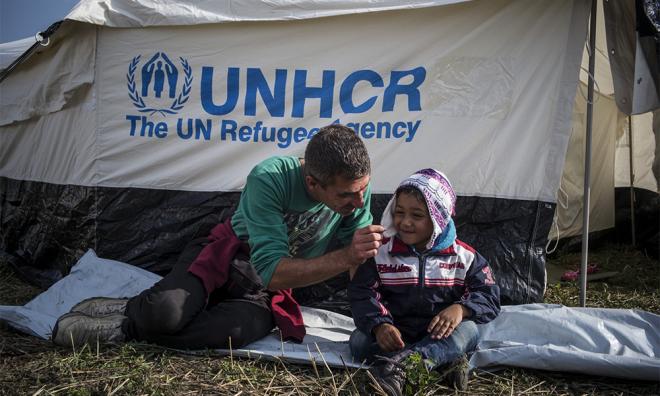 Published 28 Jun 2019, 10:47 am
A migrant child died almost every day over the past four years while trying to reach safety, the United Nations said on Friday, as a photo of a man and his young daughter who drowned while trying to enter the United States sparked global outcry.

The UN migration agency said on Friday that at least 32,000 migrants globally, including 1,600 children, have died on dangerous journeys in search of better lives since it began compiling data on migrant deaths and disappearances in 2014.

"Children are dying in all regions of the world. Those children are unaware what's going on and they face terrible risks," said Frank Laczko, head of the International Organization for Migration's (IOM) data analysis centre.

The harrowing picture (below) of Oscar Alberto Martinez, 25, and his 24-month-old child Angie Valeria spotlighted the plight of the world's 70 million forcibly displaced people - the majority children, according to UN refugee agency (UNHCR) figures.

The pair had travelled from El Salvador to Mexico and were crossing the Rio Grande to seek asylum in the United States.

US Border Patrol reported 283 migrant fatalities on the border in 2018. Activists say the number is higher as the many migrants who die in rugged stretches of wilderness along the 1,950-mile (3,138-km) long border are never found.

UNHCR has compared the picture with the iconic photograph of the three-year-old Syrian refugee, Alan Kurdi, whose body washed up on a Mediterranean beach in 2015.

Kurdi was part of a Syrian refugee wave that caused panic in Europe, prompting Turkey to effectively shut down the migrant route through Greece at the European Union's behest.

"The most graphic image which caught the world's attention was the death of Alan Kurdi (photo below). We thought that that would wake up the world and lead to major action to address this problem," IOM's Laczko told the Thomson Reuters Foundation.

"But we've seen relatively little action taken from a humanitarian perspective to help the families who have been affected by these tragedies. Countries obviously prioritise the defence of their borders."

Many countries have erected barriers to deter migrants, and the EU and the United States have pressured their neighbours to cut the numbers of people trying to make the journey.