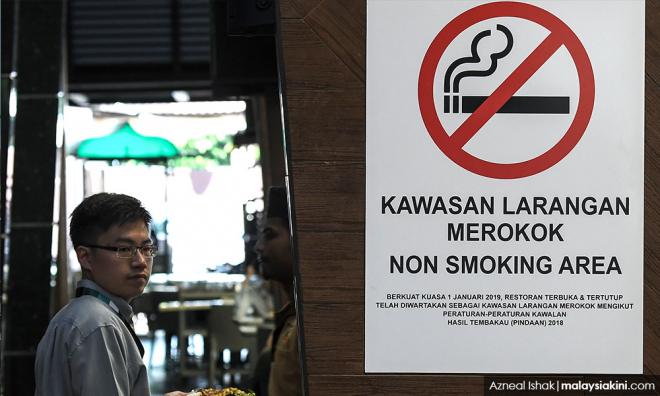 Restaurants reminded to display no smoking signs by January

The Health Ministry today reminded operators of restaurants to exhibit no smoking signs on their premises or face summonses from Jan 1, 2020.

Deputy Health Minister Dr Lee Boon Chye said that as such, food outlet operators and smokers must make full use of the extension period.

‘’We will only issue warnings against the errant parties during the educational enforcement period, but will give out summonses from next year,’’ he told reporters after launching the 2019 Negeri Sembilan Scientific Conference on Oral Health in Seremban.

On April 25, Health Minister Dzulkefly Ahmad had announced that the educational enforcement activity period at food outlets which were gazetted as non-smoking areas had been extended for another six months until December.

The six-month period prior to this was scheduled to end at the end of next month after the gazetting of food premises as no smoking areas starting from last Jan 1.

There will be no postponement of summonses on individuals who smoke in restaurants after Jan 1 next year.

In the meantime, Lee also encouraged food outlet operators to voluntarily cease the sale of cigarettes on their premises and focusing on their core business as done by Pelita Restaurant.