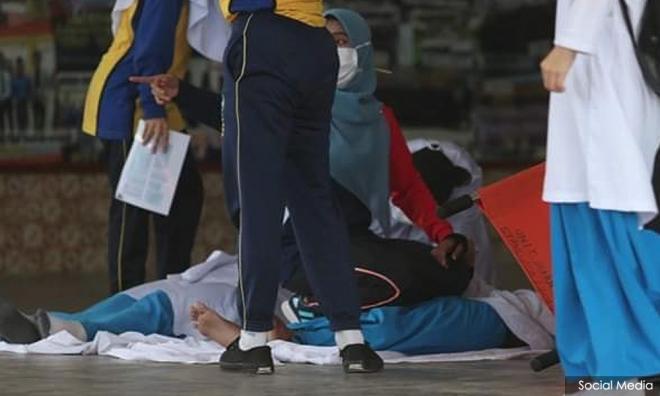 Over a hundred students, including several teachers, were taken ill barely hours after schools reopened following the air pollution incident in Pasir Gudang.

Speaking to The Star, Khuzzan said this was because air quality readings were normal.

He said some 130 students, including three teachers from 15 schools, were affected soon after the school session resumed today.

"About 30 were sent to the Pasir Gudang and Masai health clinics.

"We will move students whose classrooms are on higher floors to a lower level, as most students who experienced symptoms today are from the third and fourth floors," he was quoted as saying.

Khuzzan added that Pasir Gudang Emergency Mutual Aid (Pagema) and the Environment Department will continue to monitor air quality in the region.

Earlier, Berita Harian reported that students at several schools began experiencing respiratory problems and vomiting at about 10.30am.

Several students have been taken to nearby clinics for treatment, while others were taken home by their parents.

Up to 111 primary and secondary schools in Pasir Gudang had been ordered to shut temporarily from June 25 when students began to experience respiratory problems and vomiting, believed to the caused by air pollution.