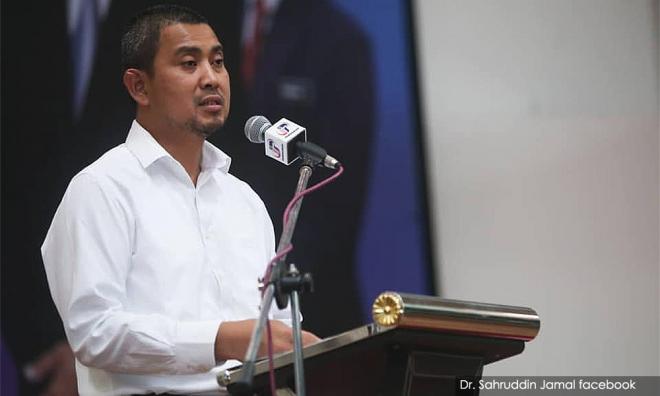 Johor Menteri Besar Dr Sahruddin Jamal (above) was today asked to visit the areas hit by air pollution in Pasir Gudang to convince the people that the situation there was under control.

Johor opposition leader Hasni Mohammad said this when debating the motion to review the safety standards of residents in Pasir Gudang at the state legislative assembly sitting in Iskandar Puteri.

He said although state opposition members backed the motion, the support came with one condition.

“The menteri besar has to go down to the ground immediately and assure the people that the situation is under control. I am sure Yang Amat Berhormat (YAB) is a responsible leader who knows what needs to be done by the state government.

"The biggest problem is to convince the people of Pasir Gudang, and only YAB (Sahruddin) can calm them down. I am confident with YAB's assurance, this (people's lack of confidence) can be resolved,” Hasni said.

According to Hasni, there were 2,005 factories in Pasir Gudang, out of which 250 were chemical-based operations, a worrying fact for the people there.

Meanwhile, when explaining the need for the motion to be tabled, ​​​​​Sahruddin said the state government was already taking several measures to prevent a repeat of the incident.

He said the state government has directed the deputy state secretary for development and the State Environmental Department, along with the Monitoring and Scientific Coordinating Committee to draft a long term plan for Pasir Gudang to be transformed into a sustainable industrial town.

The committee will monitor the situation in Pasir Gudang and report its findings to the Local Government, Science and Technology Committee chairperson every month, he said.

"Let's all pray that this tragedy in Pasir Gudang will not recur,” he said.