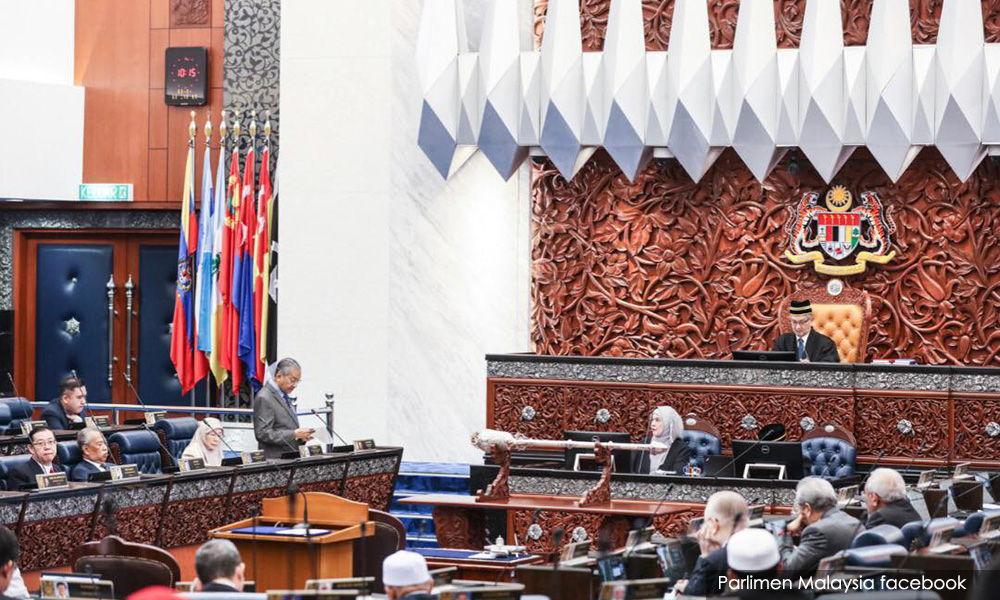 What questions are your MPs asking for you in Dewan Rakyat?

The Dewan Rakyat sitting yesterday convened for its second meeting this year.

During every meeting, the government is required to answer various questions raised in Parliament by the MPs.

If the government is unable to do so when the questions are raised in the House, it is required to respond to the MPs in writing.

Below is a compilation of yesterday's questions and the responses provided by Minister in the Prime Minister's Department Liew Vui Keong.

The questions and answers have been summarised to keep them concise.

A: The police, in principle, have agreed to wear body cameras, but the acquisition cost is high. This is on top of maintenance and continuous video storage.

It was proposed that the funds required would be better channelled to more urgent needs, such as police vehicles to improve response time.

Q: What is the status of Umno deputy president Mohamad Hasan's case of transferring RM10 million to London through a money changer to purchase a condominium unit? (Jelutong MP R Rayer)

A: The case was presented to the Attorney-General's Chambers in 2011. In 2013, it was decided that there would be no further action and investigation was stopped. The investigation paper was again reviewed in April 2019 and the AG's Chambers maintained its classification as "No Further Action".

Q: What is the status of investigation against former attorney-general Mohamed Apandi Ali, former MACC chief Dzulkifli Ahmad and former police chiefs and senior government officials in their role of allegedly covering up the theft of 1MDB funds? (Kepong MP Lim Lip Eng)

A: The investigation is at present being conducted by the police. It is still ongoing and a few witnesses have been summoned to assist in the probe.

Q: Is the government satisfied with the outcome of the tribunal into the alleged misconduct by the previous Election Commission members? (Kota Bharu MP Takiyuddin Hassan).

A: The tribunal has presented its findings and recommendations to the Yang di-Pertuan Agong, which hopefully can be made public in due time.

The tribunal also voted not to continue with the investigation into alleged wrongdoings by specific commissioners, which was a missed opportunity to clarify the law with regard to alleged misconduct of the EC. The government will decide on its next course of action after the Agong considers the findings and recommendations.

A: The Election Commission has agreed to once again allow representatives of political parties to register voters. The EC is updating the standard operating procedure before reintroducing the practice.

Political parties could help register new voters until 2014, when the practice was ended by the EC. Critics had accused the then EC of voter suppression following BN's loss of the two-thirds majority in the 2013 election, but the EC argued that the practice was abused.

A: The government agreed to such a law on July 9, 2018. It will be introduced after the proposed detailed policy research is finalised to ensure transparency and effectiveness.

Q: How will the government proceed after it failed to pass an amendment to Article 2(1) of the Federal Constitution to make East Malaysia an equal partner of West Malaysia? (Taiping MP Teh Kok Lim)

A: The government will push for the matter again at a suitable time, particularly when there is support from opposition MPs in Sarawak.

The amendment was defeated on April 9 after the government failed to get two-thirds support in the Dewan Rakyat. Opposition MPs had abstained after arguing that it did not go far enough.

Q: When will Ombudsman Malaysia be set up? (Johor Bahru MP Akmal Nasir)

A: The Public Complaints Bureau has submitted the draft Ombudsman Bill to the Attorney-General's Chambers. It is expected to be tabled in Parliament at the end of the year.

Ombudsman Malaysia will be an independent body that will replace the Public Complaints Bureau, which is at present under the Prime Minister's Department.

A: In line with Pakatan Harapan's manifesto, the Suhakam report will be a debate item for Parliament. A cabinet memorandum will be issued for consideration and consent on the next process.