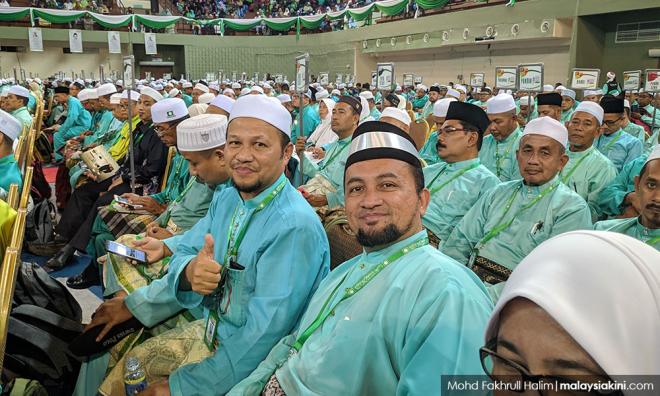 Yoursay: Is PAS saying their MPs are rich enough to cause envy?

YOURSAY | ‘Even these self-proclaimed holy men are worried about the declaration of their assets.’

Ipohcrite: All the empty talk about transparency and integrity, and the acerbic criticism against the Pakatan Harapan government by the opposition all this while, is cruelly laid bare by their stark refusal to declare their assets.

If you have nothing to hide, why fear to do so. And don't talk about being targeted by criminal elements because if that's what you fear, your opulent lifestyle would have already exposed you long before this.

Fear of being exposed to getting rich through ill-gotten gains is what really riles the opposition over the proposal to have all MPs declare their assets.

Malaysian-United: If you want to be legalistic about it, let's be moralistic in return.

If you can't be transparent and divulge information on your wealth and that of your family members, then you have no moral authority to question government MPs on their wealth from now on.

The speaker must disallow those who don't declare their assets from probing those MPs who do as a matter of parliamentary rules.

We, the rakyat, deserve to know that our MPs are "clean" and not abuse their positions to accumulate wealth at our expense. Please make it a parliamentary rule.

AJ: The wealth of Malaysia and Malaysians is in the hands of these crooks. They wanted Harapan to declare but not themselves.

Anonymouss: Even these self-proclaimed holy men are worried about the declaration of their assets. Do they have things to hide?

I think any politician, whether opposition or Pakatan Harapan, who are afraid to declare their assets should step down.

Vgeorgemy: PAS deputy president Tuan Ibrahim Tuan Man, the disclosure is to the authorities only. It is not public disclosure.

Does it mean that PAS leaders, MPs and Aduns are so rich that the people will be envious? Or is it the part where the ‘Pact of Tyrants’ agreed to support corruption in Umno and BN?

No one is envious or has issues with anyone who accumulated their hard-earned money. Every year, newspapers published lists of millionaires and billionaires in Malaysia.

So, why is PAS having problems? Maybe these people are much wealthier than millionaires and billionaires?

Mushiro: When something reasonable is being proposed, the opposition should not oppose just for the sake of opposing.

A person who takes up a public function should be sincere and allow his or her source of income and assets to be scrutinised by government bodies.

Vijay47: At last, some good news from PAS! We eagerly await your defiance in refusing to comply with the law requiring you to declare your assets, including those of your wife or wives and children.

With its close ties with the almighty, PAS obviously is in receipt of direct communication from god, including but not limited to interpretations, rulings, circulars, dreams, and exemptions for the proper management, or mismanagement as the case may be, of a country pending their inevitable arrival at pearly gates.

Actually, a new law is not necessary. All that government has to do is to enforce Sections 78 – 81 (no exceptions here) of the Income Tax Act on every person, individual, or other creature of divine origin or otherwise who is elected to Parliament or any of the respective states’ legislative assemblies; whereas in the case of Sarawak, this provision shall extend mutatis mutandis to those who have contrived to become governor, sultan, or supreme leader by whatever name called.

Anonymous_1371475682: Of course, they won’t (declare). Let’s make a rule for those who would like to contest in any future elections - declare their assets or they will not be eligible to run for public office.

For current MPs who do not declare, investigating their incomes based on their tax returns. If there are any discrepancies, refer them to MACC.

Gerard Lourdesamy: The issue here is the source of the power or jurisdiction to table and approve such a motion.

The Houses of Parliament (Privileges and Powers) Act 1952 and the Parliamentary Standing Orders are silent on this. The MACC Act is equally silent.

Therefore, Parliament cannot simply pass a motion for want of power or jurisdiction and then seek to enforce it against defaulting MPs. The maxim is that Parliament does not act in vain.

The legality of the motion can be challenged in the courts since Parliament does not have the power or jurisdiction to compel the asset declaration by members of parliament, their spouses and children.

I would suggest that the government amend the 1952 Act to provide for the compulsory asset declaration with contempt powers given to the House to compel compliance and punish for non-compliance where there is a finding of default by the Rights and Privileges Committee of the House that is chaired by the Parliament speaker.

Anonymous_1527925538: Harapan must first consult constitutional experts and the Malaysian Bar whether the bill is legally enforceable before going to Parliament on this.

The government must know the law. Otherwise, it will be really embarrassing if it is not enforceable.

Flabber Pro: Of course, they won’t declare. They have too much to hide and too much is at stake if they were to declare their assets.

If they have done nothing wrong, there is nothing to worry about. But look at how adamant they are. It only proves there are a lot of things hidden.

Newday: The guilty always shout loudest first. It is a standard trick to acquire assets and then transfer ownership to wives, kids, cousins, uncles, et cetera.

Stay the course on this one Harapan, even though it may mean a bit of pain for some parliamentarians on your side of the fence.

Mission Accomplished: If the law demanding MPs to declare their assets is passed, please make sure the recalcitrant opposition MPs do not defy the law. There is no room to be soft, if needed, use the big stick and clobber them to submission.

Harapan, this is the time you show your boldness and authority you have.