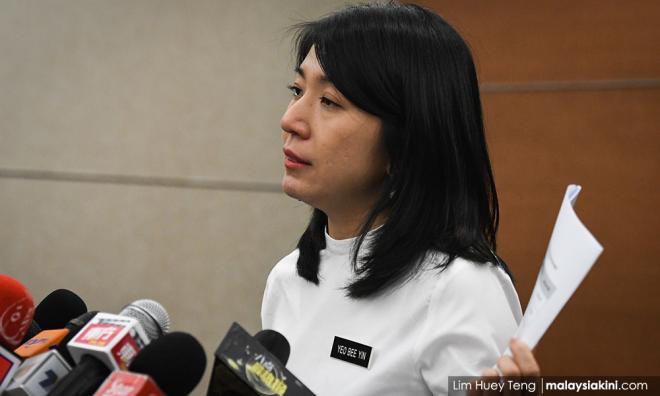 The government will not approve any more applications for the construction of new chemical plants in Pasir Gudang to ensure more sustainable development in the area, Energy, Science, Technology, Environment and Climatic Change Minister Yeo Bee Yin said last night.

Yeo noted that the matter has been discussed with the state government.

There are currently 2,005 factories in Pasir Gudang, with 250 of these being chemical plants, Yeo told reporters after a town hall session with industry players at the Pasir Gudang Municipal Council in Johor Bahru.

Yeo said the townhall session was held to obtain feedback from industry players on immediate measures to be taken to address the pollution problem in Pasir Gudang.

Following discussions, industry players agreed to adopt the affected schools and provide them with gas detectors, she said.

“We will also ensure the Environment Department will make it mandatory for factories to provide gas detectors," she added.

Read more: Restructuring industrial buffer zones may not be effective

Yeo said her ministry would table to the cabinet a paper for funds to install an automated pollutant monitoring system in Pasir Gudang this Friday.

Industry players, she said, were also requested to provide necessary data on their release of water into the river to facilitate the ministry to carry out loading capacity analysis on industrial areas in Pasir Gudang.

“The loading capacity analysis will take four to six weeks. After that, we may impose stricter conditions for industries in Pasir Gudang,” she added.

Yeo said three factories in Pasir Gudang had ceased operations since Thursday, following an incident where students and others in the area experienced breathing difficulties.

She said four students from four schools were referred to the hospital yesterday after they complained of breathing difficulties and dizziness, but none were warded.