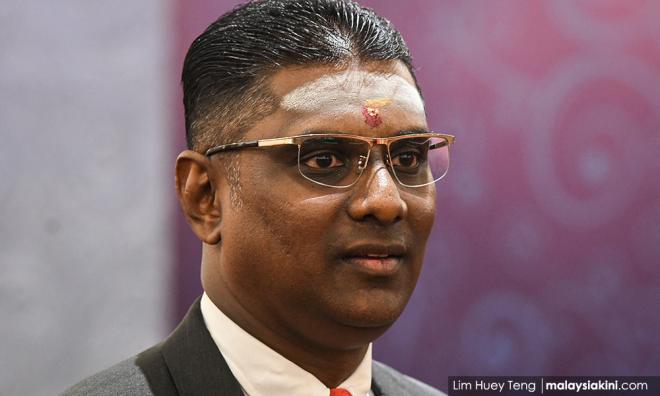 "This is what I wanted to say when I interrupted his speech in the Dewan Rakyat, but unfortunately he did not give me a chance to speak," he said in a statement last night.

Fadhli said that he wanted to know why Rayer's initial asset declaration made last October showed him to be without assets, despite earning a salary of RM37,800 a month.

"It is surprising that when the declaration was made on Oct 11, 2018, he had no assets, and today, he has successfully declared his assets, including property and vehicles.

However, Rayer later told news portal Free Malaysia Today that he has the forms to prove that all of his assets have been declared to the MACC.

"After receiving instructions from the Prime Minister’s Office, I declared all my earnings and assets," he said.

"I don’t know why MACC declared that I have zero assets."

In his statement, Fadhli asked whether the MACC was misleading the public.

"It is a serious offence as it could shame the lawmakers with a false statement.

"Who is telling the truth, the Jelutong MP or the MACC portal?

"I am sorry for him if his information is displayed inaccurately," he said, adding that the MACC should apologise to Rayer if it had made a mistake.