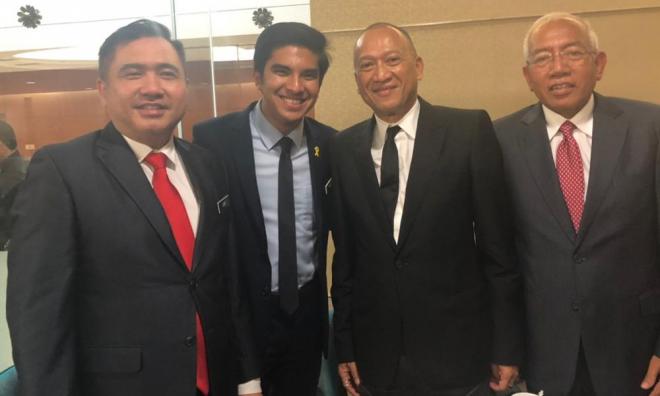 Youth and Sports Minister Syed Saddiq (photo, second from left) has lauded his political foes including Ahmad Zahid Hamidi, Nazri Aziz, Khairy Jamaluddin and PAS leaders for supporting the proposed amendment to the Federal Constitution to lower the voting age from 21 to 18 years.

"The proposed amendment to the Federal Constitution for tabling in the Dewan Rakyat is a motion which is bipartisan and helps build a consensus among all members of parliament."

"This is an effort that puts young people first and will shape the future of Malaysia thanks to this direct engagement with them," he said.

"The government is also studying steps for automatic voter registration and amendments to the Youth Societies and Youth Development Act 2007 among others," he said.

PAS deputy president Tuan Ibrahim Tuan Man yesterday said that lawmakers from his party will only vote in favour of the amendment, which needs a two-thirds majority in the Dewan Rakyat, if certain conditions are met.

These conditions include the government introducing automatic registration and a mechanism to make voting compulsory.

Syed Saddiq said that his Ministry would keep on looking at initiatives to keep young people engaged in the decision-making process.