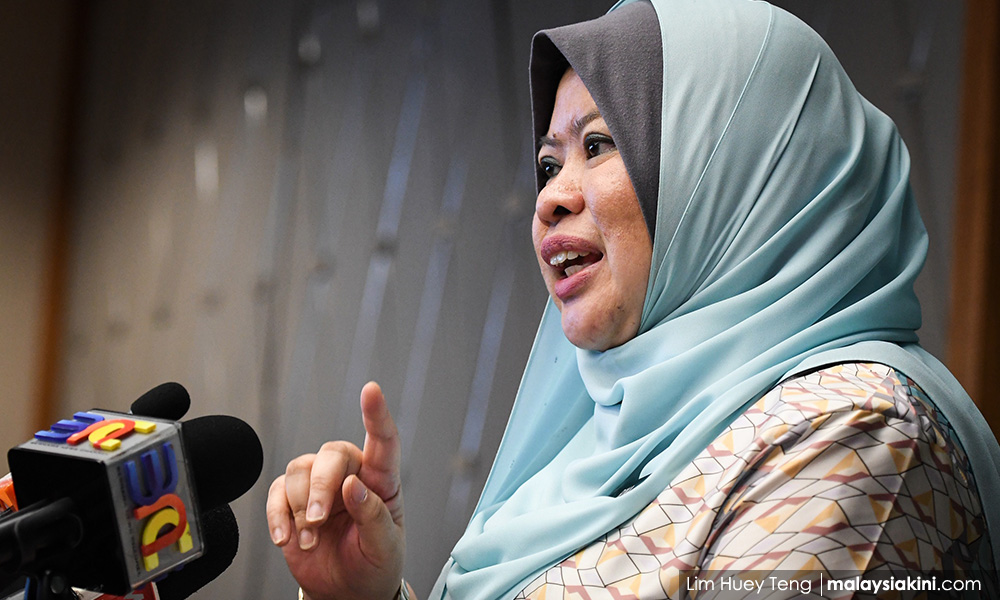 Kemas kindergarteners to be exposed to artificial intelligence

Children at kindergartens nationwide run by the Community Development Department (Kemas) will be equipped with artificial intelligence-oriented (AI) education skills.

Rural Development Minister Rina Harun today said this would be done through the Science, Technology, Religion, Engineering, Arts and Mathematics (Stream) teaching and learning module which was piloted at a Kemas kindergarten in Jasin, Malacca in October last year, and will be expanded throughout the country next year.

The minister said the module which was developed in line with the Fourth Industrial Revolution or Industry 4.0, incorporated simulations or interactive exercises based on themes related to several industries such as astronomy, oil and gas, health and robotics, all aimed at instilling a love for learning among kindergarteners.

Early exposure to creative and innovative learning would help spark children's interest in a particular field and encourage them to explore new things, Rina told reporters after launching the robotics-based Stream module at the Kemas kindergarten in Keramat Nur Titiwangsa in Kuala Lumpur.

The minister expressed the hope that with the expansion of the Stream module at the cost of RM50,000 per kindergarten, children in the cities as well as rural areas would benefit - there are 11,119 Kemas kindergartens throughout the country.

The Stream module piloted in Malacca last year with an aviation theme, received feedback which showed that the module had been very well-received in reference to the development and competencies of the children at the kindergarten.

Apart from the robotics and aviation-themed Stream modules in Kuala Lumpur and Malacca respectively, 12 other themes are being introduced in other states and these include aquatic science in Penang, aerospace (Perak), astronomy (Johor), geoscience (Kelantan), and oil and gas (Sarawak and Terengganu).

The Stream module initiative has been made possible through the joint cooperation of many parties including Universiti Pendidikan Sultan Idris, the National Academy of Arts, Culture and Heritage, and the CECD Group.