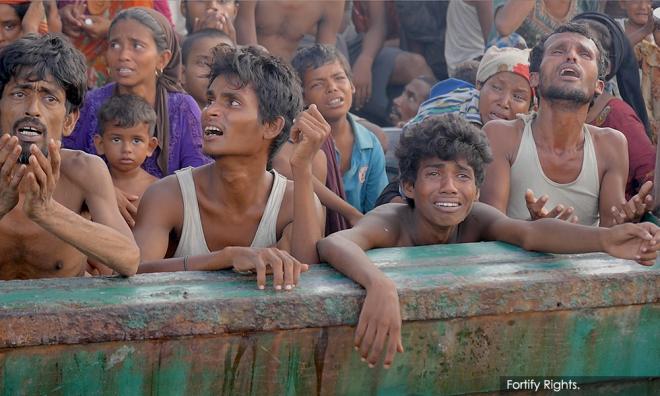 Myanmar security forces and insurgents are committing human rights violations against civilians in restive western states that may amount to fresh war crimes, a United Nations investigator said on Tuesday.

A 2017 military crackdown drove more than 730,000 Rohingya Muslims to flee to Bangladesh. UN investigators have said that Myanmar’s operation included mass killings, gang rapes and widespread arson and was executed with “genocidal intent”.

The Yangon government denies committing those atrocities and says its military campaign across northern Rakhine was in response to attacks by Rohingya militants.

Government troops are fighting ethnic rebels in conflict-torn Rakhine and Chin states. The Arakan Army is an insurgent group that is fighting for greater autonomy for the two states.

On June 22, authorities ordered telecoms companies to shut down internet services in the two states. Telenor Group said the ministry of transport and communications had cited “disturbances of peace and use of internet activities to coordinate illegal activities”.

Yanghee Lee, the UN independent expert on human rights in Myanmar, said last week the army may be committing gross human rights violations under cover of a mobile phone blackout in Rakhine and Chan, but on Tuesday she went further.

“The conflict with the Arakan Army in northern Rakhine State and parts of southern Chin State has continued over the past few months and the impact on civilians is devastating.

"Many acts of the Tatmadaw (army) and the Arakan Army violate international humanitarian law and may amount to war crimes, as well as violating human rights,” Lee said.

The Arakan Army had reportedly abducted civilians, including 12 construction workers in Paletwa and 52 villagers near the Bangladesh border, she told the UN Human Rights Council.

Lee cited reports of civilians, mostly ethnic Rakhine men, being detained and interrogated by the Tatmadaw for suspected links to the Arakan Army and said several had died in custody. In April, a military helicopter opened fire on Rohingya men and boys collecting bamboo, she said.

Some 35,000 people have fled the violence this year, she said.

Myanmar’s Ambassador Kyaw Moe Tun said that the government had declared a ceasefire through August and was trying to bring about national reconciliation.

“The government of Myanmar is working tirelessly to end ethnic strife and end conflict and to achieve sustainable peace in Myanmar through a peace process,” Tun told the forum.

“Freedom of expression and media is one of most visible areas of change in Myanmar,” he said. “No restriction is imposed on the use of internet and social media, but we need to strike a balance between security and freedom and rights and responsibility.”

Lee said the blackout was endangering villagers, obstructing aid and shielding the military.