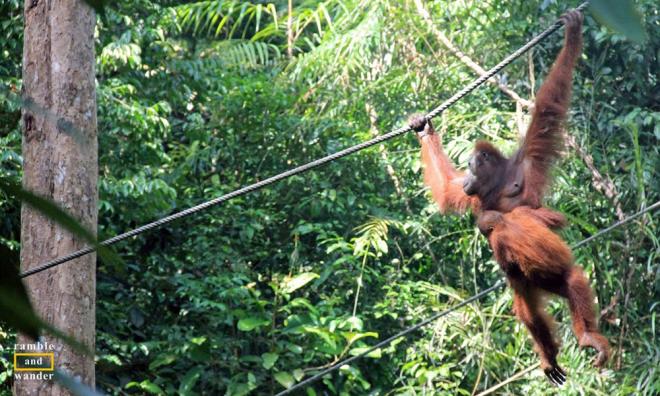 Yoursay: M'sia should tell a better story about our palm oil industry

YOURSAY | ‘How about we respond that we will manage our natural resources in a more responsible manner?’

PB: Teresa Kok and her Primary Industries Ministry are doing an abysmal job of responding to Europe's criticism.

I have just spent several weeks in northern Italy, in the Dolomites. It is beautiful – the mountainside meadows, the quaint villages and towns, the ski and walking trails, etc.

All of this has been possible because Europe cut down its forests hundreds of years ago. They built roads going up steep mountains for no other reason than to offer city dwellers the opportunity to take the air and take in the vista.

They did all this before we understood such actions to be massively damaging. In fact, they continue to cut down swathes of pine trees on mountainsides for timber.

There is very little of Western Europe that hasn't been touched by man. Europe has had a free pass in criticising us without their own record being examined. That is just hypocrisy.

We can forgive Europe for ravaging our global patrimony – aren't Europe's forests a part of our global heritage as much as Southeast Asia's rainforests? – but they have to understand that being the first to ravage their environment doesn't give them the right to lecture us when we need to exploit our own resources to reach the same level of economic development.

We shouldn't just act stroppy. We should turn the argument around and shame the Europeans on their moral high horse. Start to think of better arguments than 'palm oil is good for you'.

As for the school performance, ask the teachers at that school how many orangutans they reckon are in the wild – far too few (sadly) to claim that 3,000 are killed each year.

Turn the argument around. Getting riled up won't win converts from the environmental evangelicals. But you can embarrass them with facts and reason.

Tell them that if they want to atone for the terrible damage they have committed, they should help Malaysia find a way to use its resources.

No one, however, should tell us we must forego economic development. We can work out a solution: a moratorium on further felling of forest land, while certifying palm oil from extant plantations; an appellation d'origine contrôlée-type certification for oil produced by extant plantations in a sustainable manner (the current label is laughable) that would fetch premium prices (we're talking industrial amounts, so the actual pass-one cost to consumers is minimal).

We would do ourselves a massive favour by ensuring that plantation workers make living wages and have access to schools for their kids, etc.

You make these virtues reflected in a morally acceptable mark-up price for the oil. And you have an international certification body audit the plantations regularly.

JDoe: I support freedom of speech. I also believe that our plantation practices are far from ethical. And they are doing this all in the name of economic development.

If I want to voice my opinion on the shady practices of palm oil companies, I should be allowed to do so.

If giving an opinion contrary to the government's view is a disservice, then shouldn't the stand on Lynas be considered a disservice since Lynas is also contributing to the economy of the country?

The minister should take the criticism as constructive feedback and educate the public on the industry instead of going after school kids. They should allow students to think for themselves instead of burdening them with their opinion.

XED: Madam, do you believe in freedom of speech only when it is in support of your side?

If others have got it wrong, please debate the point with them. That is what is expected in a democratic society.

Anonymous_95dd1997: International school indoctrinating how 'bad' palm oil is in our own backyard?

Soon, it will be other Western ideologies which are not acceptable to our Malaysian way of life. There has to be a limit to everything.

Well Thats Fantastic: Throughout the world these days, there are many conservation efforts to try and save the many species humankind has driven to point of extinction. Why should Malaysia be exempt?

How about we respond that we will manage our natural resources in a more responsible manner?

People outside the country are saying we are doing irreparable damage to many species. We should ignore them or look at the problem?

The whole world is screaming about the plight of the orangutan, but because Kok must make sure the industry stays profitable, we should ignore the rest of the world?

This is why children all over the world are rising up and forcing their governments to be responsible because the government is about money and jobs, damn the environment.

FellowMalaysian: I do not understand why international schools have turned down Malaysian Palm Oil Council’s (MPOC's) effort to promote palm oil and instead, paint the industry's growth in a negative light.

Telling the children unsubstantiated and blatant lies about how palm oil plantations have destroyed wildlife's sustenance is an affront against the effort of the Malaysian primary industry.

Lovemalaysiatoo: Why be angry about the truth?

The minister must do more to protect indigenous people and the animals of the forest against deforestation. Her stance is unsustainable as the evidence is overwhelming.

Evin K: Indeed, there is no reason for Kok to be fuming over something like this – being on the offensive all the time is not going to help matters. It will only appear as if Malaysia is guilty of these allegations.

It is not the responsibility of the headmaster and teachers of these international schools to visit her ministry or the MPOC. It is her ministry's and the MPOC's duty to go to the ground and educate everyone on Malaysia's sustainable palm oil programmes

Kok and her ministry must create constant and consistent awareness to end this unfair perception of Malaysia, but in the same breath, acknowledge the fact that the practice of unsustainable palm oil cultivation and deforestation are damaging to forests and wildlife.

Admit there are weaknesses in the system and condemn all irresponsible players in the palm oil industry. Most importantly, tell the world what Malaysia is doing to stop them. Tell the world how are we doing things differently this time around.

Ask interested parties for help as well, not only in identifying the irresponsible players, but in keeping us in check – get them involved.

Kok and her ministry must be adept and effective in communicating this message. Use the power of social media. Use the mass media. Produce documentaries. Organise town hall meetings. So much can be done.

Right now, Malaysia is losing the perception battle because the proponents of sustainable palm oil have a better story to tell, and people are listening to them. We need to tell a better story.

Criticism is against unsustainable palm oil, not palm oil as a whole