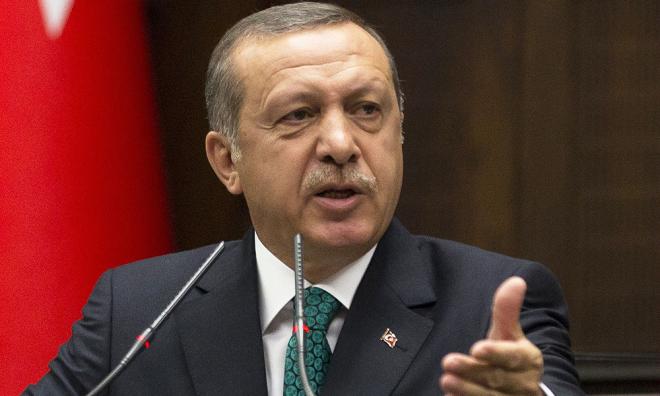 A refusal by the United States to hand over F-35 fighters jets which Turkey bought would be "robbery," media reports on Thursday cited President Recep Tayyip Erdogan as saying, in a dispute over Ankara's purchase of Russian air defences.

US officials told Reuters the Trump administration still plans to impose sanctions on Turkey and remove it from the F-35 programme if its Nato ally acquires the Russian S-400 missile defence system.

"The name of that would be robbery," Hurriyet quoted Erdogan as telling reporters during a visit to China.

He said that Turkey had so far paid US$1.4 billion (RM5.79 billion) for the F-35s, and that four jets had been handed over, with Turkish pilots going to the US for training.

"We have made an agreement to buy 116 F-35s. We are not just a market, we are also joint producers. We produce some of the parts in Turkey," he added.

After meeting US President Donald Trump last weekend in Japan on the sidelines of a G20 summit, Erdogan said Ankara would be spared damaging US sanctions once Russia's S-400 air defence system started arriving in Turkey in the coming days.

If the US removes Turkey from the F-35 programme, and imposes sanctions on the NATO ally, it would be one of the most significant ruptures in recent history in the relationship between the two nations.

Trump, who has shown a rapport with Erdogan, could still try to change course by seeking to issue a waiver and postpone sanctions.

Such a move would please Ankara but upset some of Trump's allies in Congress.

security
turkey
united states
recep tayyip erdogan
sanctions
world
united states
russia
Related Reports
New Istanbul mayor a catalyst for change in old Erdogan stronghold
a year ago
Trump 'comfortable with any outcome' from pivotal Xi talks: official
a year ago
Blow to Turkey's Erdogan as opposition wins big in Istanbul
a year ago
Explainer: What is at stake in Istanbul's election re-run?
a year ago