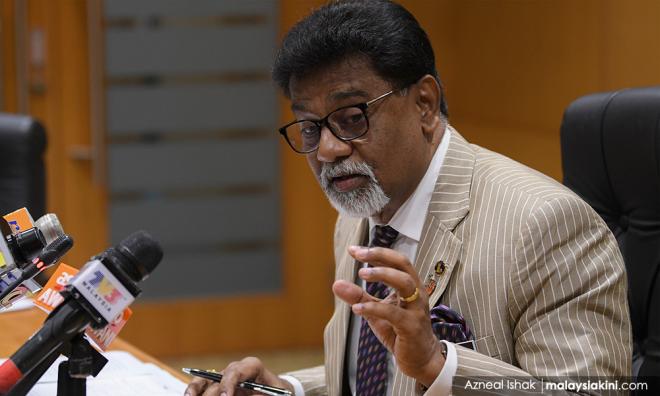 Malaysia’s ban of sea sand exports is for all countries and not just Singapore, said Water, Land and Natural Resources Minister Dr Xavier Jayakumar (photo, above).

He said the mining of sea sand is for local use and not for export, and the government considers the effects on the environment from such activities a priority.

“When Pakatan Harapan took over as government, we decided that sea sand would not be exported to any country, not just Singapore, but any country.

“However, river sand can be exported but it must get the approval of the Prime Minister. It (the policy) has not changed, it was the same for the previous government,” he said at the Parliament lobby today.

Xavier was commenting on media reports yesterday that Malaysia, the biggest source of sea sand to Singapore, had banned the export of the commodity, a move which will curb the island republic’s expansion plans.

Xavier said the government’s decision would not affect Malaysia’s relations with any country, and Singapore was free to import sand from other countries.

“Singapore can buy from any country which sells sand if it wants to carry out reclamation works. We have no right to stop any country from reclamation,” he said.

Asked if the move would affect the country’s revenue, Xavier said the income from the export of sand was very small.

“The revenue from the export of sand is very small and it goes to the state. The revenue to the federal government is only from the tax imposed on the companies,” he said.