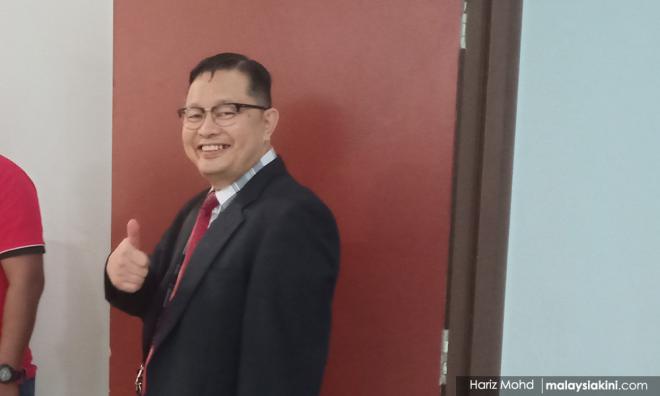 Expert disputes hospital report of no bruises on Adib's back

A United Kingdom-based senior consultant forensic pathologist, Dr Shahrom Abd Wahid, told the Coroner’s Court in Shah Alam today that he does not agree with the Kuala Lumpur Hospital report that there were no bruises on the back of fireman Muhammad Adib Mohd Kassim’s body.

Dr Shahrom, the 29th witness at the inquest into Adib’s death, said the bruises were not found following a post-mortem on the victim because it was not done thoroughly.

“Post-mortem is not just to cut the body but is a thorough examination to find the cause of a person’s death. They (HKL) said they conducted a post-mortem, but actually, they did not.

“They did not examine, among others, under the skin layer. If they had, they would have found a bruising effect. They are saying there were no bruises, how to have (bruises) if they did not examine (that place),” he testified before Coroner Rofiah Mohamad on the 39th day of the inquest today.

Shahrom added that the investigation should have been carried out earlier by investigating officers and forensics.

Explaining further, he said the investigations should have begun at the incident location after Muhammad Adib was injured to find out which parties committed the act.

“There is no full video on the incident. Therefore, the search needs to start from where the incident took place, and not from the post-mortem.

“In forensics, there are two parts, which is clinical forensic (while alive) and pathology forensic (dead). When a person dies, both examinations need to be combined to find the cause of death,” he added.

Shahrom, a former senior forensic and pathology consultant at Hospital Canselor Tuanku Muhriz, said all the pieces of evidence submitted at the court for the inquest were sufficient but not enough to implicate a criminal.

“I would say this evidence is enough if it was combined with a report from HKL Forensic Department together with the experiments conducted. (But) if want to bring (evidence) to prove a criminal case, then it is not enough,” he said.

Rofiah said she would decide whether a physics expert should be called to assist in the inquest.

She added that the stakeholders have submitted the names of two physics experts, and the court is studying their background before deciding whether one of them needs to be called to the stand.

The expert will testify on the formula used by the 24th witness, HKL forensic expert Dr Ahmad Hafizam Hasmi, and Shahrom to identify the cause of injury and death of Muhammad Adib.

Muhammad Adib, who was a Subang Jaya Fire and Rescue EMRS member, sustained serious injuries in the riot at the Sri Maha Mariamman temple site at USJ 25, Subang Jaya on Nov 27, 2018, and died on Dec 17 at the National Heart Institute.