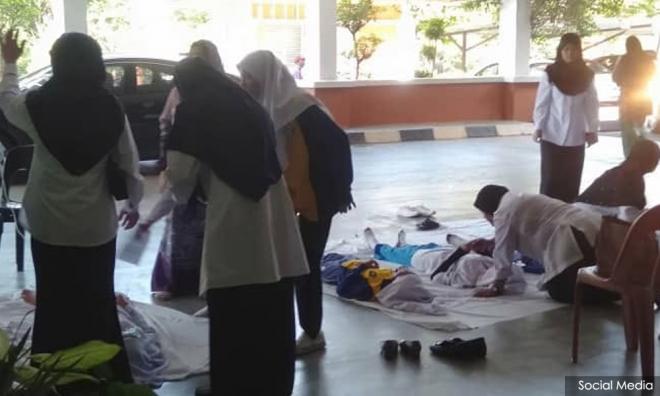 The Johor Environment Department carried out checks on 182 industrial premises in Pasir Gudang so far, following a number of individuals suffering from breathing difficulties and vomiting in the area since June 20.

“So far a total of 10 compounds have been issued for discharging industrial effluence, 46 notices of directives, eight stop-work orders, in addition to court action being recommended against two factories,” he said in a statement, here today.

Khuzzan said that as of yesterday, 31 students from 11 schools had experienced health problems.

"However, only 21 of the students were sent to the nearby health clinic for screening and only one was referred to Hospital Sultan Ismail for further examination," he said.

He added that 18 'Psychological First Aid' teams have been set up by the Health Ministry to continue psychological support services in the affected schools.