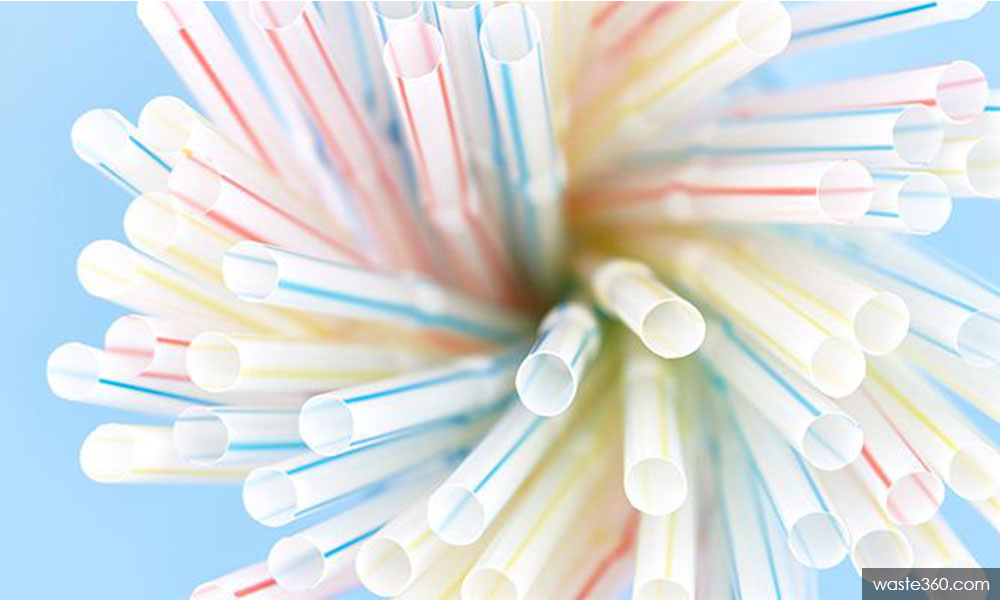 The last straw? Not by a long shot

COMMENT | The purported plastic straw ban has been in effect in Kuala Lumpur, Putrajaya, and Labuan since Jan 1, and in Selangor since July 1. Yet, apart from signs in eateries stating that straws are only available upon request, there has been no marked decline in the number of straws used and disposed of.

This clearly shows that the purported straw "ban" is not a ban but merely an advisory. It will have no actual impact on reducing plastic production, consumption or waste in Malaysia, and is merely a publicity exercise by governmental agencies to create the impression that they are doing something about the issue of plastic waste.

This risible advisory is also ineffective because plastic straws, as well as other single-use disposable plastic and styrofoam products, are still available for sale in retail outlets and supermarkets. Further, the purported "ban" does not extend to cover hawker stalls, catering services or even beverage shops such as the mushrooming bubble tea shops.

A March 2019 survey by YouGov Omnibus reports that although 91 percent of Malaysians expressed the opinion that environmental conservation is important, 22 percent admitted to using plastic straws daily and 24 percent use plastic bags daily. From the survey, it is also clear that although the survey participants were aware of the need to reduce the use of single-use items such as plastic bags and straws, 44 percent believe that the onus is not on them but on the government to protect the environment.

This survey, as well as the findings from outreach work done by various environmental NGOs in Malaysia, reveals that there is no lack of environmental awareness in Malaysia, only a lack of a sense of responsibility. Knowing this to be the predominant mindset amongst Malaysians, the government’s half-hearted attempt to limit the use of plastic straws is doomed to fail.

However, recalcitrant and apathetic consumers are not even the main reason the "No plastic straw" campaign is doomed to fail. This campaign, like the one against the free distribution of plastic bags, is and will remain ineffective because the focus is almost entirely on consumers and end-users.

The onus is on consumers to give up straws and single-use plastics and find their own alternatives. Compliance is higher among urban and educated populations, but for lower-income individuals, any charge or ban on plastic bags and straws is seen only as another burden.

In the battle against plastic waste, the government’s focus needs to shift from the end-users to producers and businesses. There is currently insufficient pressure on plastics manufacturers to declare their plastic use, set plastic reduction targets, and redesign products and packaging to use less plastic.

The existing governmental campaigns have no effect on plastics manufacturers’ production levels or profit margins. Plastics manufacturers love these types of "awareness" and "voluntary reduction" campaigns because there is no obligation on them to reduce production. If a campaign or initiative fails, they can blame consumers for failure to comply with advisories, for littering, for being ignorant or recalcitrant, and for not recycling enough.

Plastics manufacturers also love initiatives such as beach cleanups and recycling drives because it creates the impression that they are doing something to address the issue of plastic waste without actually reducing production or changing the way they do business.

The World Economic Forum reports that we use 20 times as much plastic as we did 50 years ago, and this will continue to rise with incomes and industrialisation. Worldwide, plastic production and use are growing at a 10 percent rate, but in the developing world and most Asian countries, it is growing much faster than that and this is more than the existing waste management infrastructure can handle, leading to over nine million tons of plastics dumped into the oceans each year.

What the plastics industry does not want us to know is that recycling is not the solution because most single-use plastics are never designed to be recycled. They are designed for low cost, lightweight and convenience. As a result, even the best global efforts can only achieve a 10-20 percent recycling rate.

Even when collected and separated for recycling, the low grade and low recyclability of these single-use plastic items mean that they will be landfilled and burned. Existing recycling technology isn’t good enough, largely because of limitations in how plastics can be sorted by chemical composition and cleaned of additives.

Most plastics that are recycled are shredded and reprocessed into lower-value plastics, such as polyester carpet fibre. Only two percent are recycled into products of the same quality. As long as decision-makers keep the focus on consumer behaviour, plastic manufacturers can continue carrying on business as usual and flooding the market with more and more low-grade, non-recyclable plastic packaging and products.

The Pakatan Harapan government started off their term saying the right things and showing determination to end the scourge of plastic waste in Malaysia. Despite many promising-sounding announcements, there has been no concrete and measurable action taken to reduce plastic production and waste in Malaysia apart from yet more "awareness" campaigns.

For awareness and educational campaigns to work, there must be a corresponding ban on the production, import, sale and use of single-use plastic packaging, a higher focus on an incentive for switching to reusable and compostable alternatives, and setting of reduction targets for manufacturers and businesses.

Science Journal reported in 2015 that Malaysia is among the top eight highest offending ocean plastic polluters globally. Malaysia then signed the December 2017 UN Resolution on microplastics and marine litter but has not really treated the issue with urgency or done anything with measurable outcomes to date.

Consumer awareness campaigns and “request a straw only if you really need one” advisories are not measurable because no targets can be set or measured for such campaigns. Holding an "x" number of roadshows and issuing an "x" number of public service announcements cannot be translated into "x" tonnes of plastic waste reduced.

One of the most effective ways to bring about an actual, measurable reduction in plastic waste within a definite timeline is to get manufacturers and businesses to set and meet reduction targets. Due to consumer and investor demands, many companies including Nestle and Pepsico are under pressure to disclose their annual plastic packaging use, set reduction goals, and transition to recyclable, reusable or compostable packaging and products.

Nestle and Unilever have already pledged to make its plastic packaging fully reusable, recyclable or compostable by 2025, Adidas and Dell are manufacturing products and packaging using recycled ocean plastics, and new start-ups are introducing everything from edible cutlery to sauce and seasoning sachets made of seaweed that will dissolve in water.

Companies should not just be focusing on facilitating and encouraging recycling, but on reducing the amount of plastics used and designing their products and packaging out of recycled plastics or compostable materials in the first place. This is the kind of measurable reduction target we want to see in Malaysia. We should incentivise these kinds of innovation, by increased consumer support, or through government tax rebates and research and development funds.

We have only a small window of time left to deal with plastic pollution and its harmful impact on biodiversity, climate, human health, and the economy. Malaysia cannot achieve pollution and waste reduction targets by waiting for consumers to do the right thing and by protecting manufacturers and the plastics industry.

Malaysia must move beyond advising customers to ask the waiter or go themselves to the counter if they need a straw and calling this measure a "ban".

environment
plastic straws
single-use plastics
Related Reports
NGOs question M'sia's stand on global waste
a year ago
No more bottled water, plastic-wrapped food at gov't events
a year ago
What can one person do for the environment?
a year ago
Plastic litter is the problem, not plastic
2 years ago