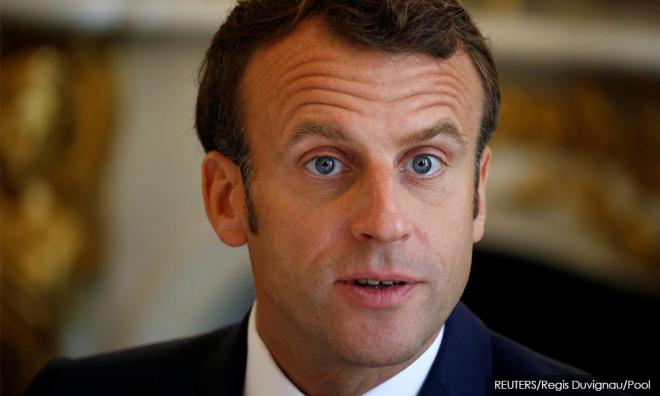 Social media giants such as Facebook and Twitter would be required to remove any hateful content within 24 hours under a draft bill approved by France’s National Assembly on Friday.

President Emmanuel Macron wants to make France a leader in regulating US tech giants and containing the spread of illicit content and false information on the most-used platforms.

“What is not tolerated on the street should not be tolerated on the internet,” said Laetitia Avia, a member of Macron’s majority at the National Assembly and author of a recent report on hate speech told reporters before the vote.

Facebook has come under intense scrutiny in recent years over hate speech, especially after a gunman killed 51 people in New Zealand in March and streamed the attack live.

The massacre prompted the country’s prime minister Jacinda Ardern to initiate a so-called “Christchurch Call,” named after the city where the gunman attacked two mosques.

Facebook, which was not immediately reachable for comment, has recently agreed to hand over the identification data of users suspected of hate speech on its platform to judges in France, a minister told Reuters last week.

It has also restricted rules for broadcasting live video on its platform after the killings at Christchurch.

Under the French draft law, social media groups would have to put in place tools to allow users to alert them to “clearly illicit” content related to race, gender, religion, sexual orientation or disability.

In the event a network fails to react in due course and/or offer the necessary means to report such content, they could face fines up to 4% of their global revenues.

France’s broadcasting regulator, CSA, would be responsible for imposing the sanctions and a dedicated prosecutor’s office would be created.

The French bill looks more draconian than the one passed in 2018 in Germany, under which local authorities can impose fines of up to 50 million euros (US$56 million) on sites that fail to remove hate speech promptly.

Several internet and freedom of speech advocacy groups questioned have argued the bill paves the way for state censorship because it does not clearly define illicit content.

Insults, slurs and racist comments proliferate today on social networks. Under the law, it would be up to Facebook, Twitter and video streaming platform YouTube to swiftly remove the content, pushing them to be zealous, advocacy groups say.

“Imposing a 24-hour limit to remove clearly unlawful content is likely to result in significant restrictions on freedoms, such as the overblocking of lawful comments or the misuse of the measure for political censorship purposes,” said Quadrature du Net, a group that advocates free speech on the internet.

The group also highlighted that a law adopted in 2004 already demanded the removal of hateful content, but in a “responsive” way, leaving enough time to platforms for assessing the seriousness of the content under review.

“The assessment of the illegality of hate content cannot be left to platform operators alone...,” France’s Human Rights League said in a statement before Friday’s vote.

“We warn against circumventing the powers of the judicial authorities in favour of the independent administrative authorities,” it added.

In France, the head of the CSA is named by the president.

The bill now passes to the senate and will go back and forth between the two houses until they both agree on the text. If they fail to do so, the lower house will have the final word.