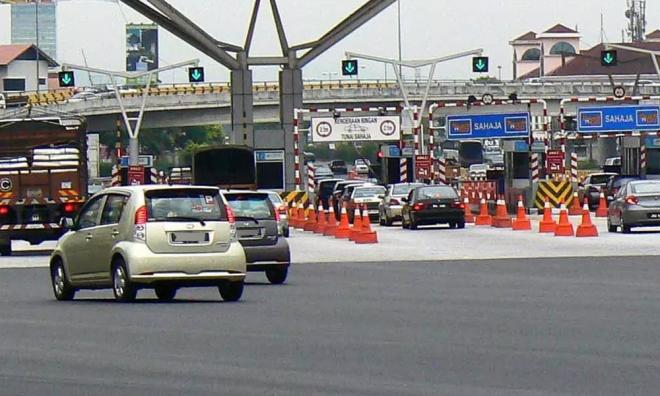 Proposed acquisition of toll concessionaires will save billions for taxpayers

The Minister of Finance has issued two separate statements on June 22 and 26, to explain the benefits and rationale of the proposed offer to acquire four highway concessionaires (LDP, Sprint, Kesas and Smart) by the government.

The offer was made on June 21 and has since received the acceptance from the board of directors of Gamuda Bhd and the respective toll concession companies. The exercise is currently awaiting the further approval of the concession shareholders as well as the final cabinet approval before successful completion.

However, there appears to be still critics and certain unnamed experts who are opposed to the exercise based on flawed logic and arguments. The following are responses to the key fallacies which have been made public via the media to date.

Fallacy 1: Government will be burdened unnecessarily with huge debt

Firstly, they argued that the acquisition will increase the government’s debt burden by RM6.2 billion, which could be better spent for other purposes.

While a designated special purpose vehicle (SPV) would be raising a RM6.2 billion debt to finance the acquisition of the four concessionaires, there needs to be a distinction between debt which the government will ultimately have to bear, versus debt which will be self-financed.

In this case, the RM6.2 billion will be entirely self-financed via the collection of proposed congestion charges. This means that the government would not need to fork out a single sen to pay for the acquisition of these highways. Hence the argument that the proposed acquisition will burden the government with the funds better spent elsewhere is completely untrue.

Fallacy 2: Cheaper to pay compensation than to acquire

There are those who argued that it would be cheaper to pay these concessionaires compensation for freezing toll rates than to acquire them.

The Ministry of Finance has estimated without the acquisition, the government would have to compensate these concessionaires between RM5.3 billion and RM6.5 billion to freeze toll rates until the end of the respective concession periods. With this self-financed acquisition, the government will hence save RM5.3 billion to RM6.5 billion in compensation payments.

Therefore, simple mathematics will conclude that it is vastly cheaper for the government to acquire the highways than to pay compensation since the acquisition cost of RM6.2 billion is self-financed. On the other hand, if the toll rates are merely frozen, these concessionaires will collect at least RM5.3 billion in compensation from the government.

By acquiring the highways, the RM5.3 billion saved in the future will go toward welfare and development expenditure for Malaysians all around the country, while the highway users can save even more than before.

Some had argued that certain highways which are expiring ‘soon’ should be allowed to expire instead of being acquired. These critics may have forgotten that even for the ‘expiring’ highway – specifically referring to Kesas which will expire in 2028 – the government still needs to continue to compensate the concessionaire every year to freeze the toll rates.

Hence, the same argument applies – that if the government can acquire Kesas for RM1.377 billion via a self-financing mechanism which does not require any government financial allocation, Malaysian taxpayers will save between RM1.08 billion and RM1.19 billion in compensation payments to the concessionaire over the next nine years.

Fallacy 4: Offer is to bail out loss-making highways

Others argued that the offer exercise is a bailout for ‘loss-making’ highways. They have cited Sprint and Smart.

For Sprint, the highway is currently “loss-making ”. However, the critics should be aware that its earnings and profit are back-loaded towards the end of the concession. This is especially since its debts will be progressively repaid and the toll rates for the three highways under the concession is entitled to increases in the future as provided in the existing concession agreement.

The toll hike entitlement is shown in the table below using toll rates for Class 1 vehicles as an example:

Over the remaining life of the concession, Sprint is expected to generate around RM1.5 billion in profit after tax for the shareholders after settling all its outstanding debts.

In comparison, the government has offered RM1.984 billion to acquire the concession, of which only approximately RM870 million will go to the shareholders. The balance of the RM1.114 billion is used to repay the debt holders of the highway.

In addition, if the government were to freeze toll rates and pay compensation, the compensation amount for Sprint will range between RM1.57 billion and RM2.04 billion, depending on future traffic volume.

As for Smart, it is true that the highway concession which ends only in 2042 is expected to be loss-making for a long time. It explains why the government is acquiring Smart at a net book value of RM369 million.

On the contrary, if the concession were allowed to be continued, the government would instead have to compensate the concessionaire between RM671 million and RM1.028 billion for the remainder of the concession.

Again, simple mathematics will let anyone conclude that it is substantially cheaper to acquire the highway today via a self-financing mechanism, instead of continuing to pay compensation for the remainder of the concession period.

Fallacy 5: Acquisition allows Gamuda to rake its profits all upfront

Finally, certain critics also claim that the government’s offer will allow Gamuda to rake all of its profits upfront instead of over the concession period. This argument is again misleading.

The proposed acquisition will indeed allow Gamuda and the other concessionaire shareholders to recognise some of its future profits today. Otherwise, what incentive do they have to become "willing sellers"?

However, through this acquisition exercise, the "future profits" will be shared between the concessionaire shareholders, the government – via elimination of compensation payments – and the highway users, via reduced congestion charges.

The government will save at least RM5.3 billion which would otherwise have gone into the concessionaires’ bottom-line. The highway users will save up to RM180 million per annum from reduced congestion charges, or approximately RM2 billion over the respective concession periods.

The reason why both the government and highway users can benefit is that the ‘future profit’ of these highways is shared.

In summary, the acquisition offer can be deemed as fair and reasonable given that it allows the government and highway users to reap a total of more than RM7.3 billion of savings in the future while ensuring market stability without invoking the threat of expropriation.