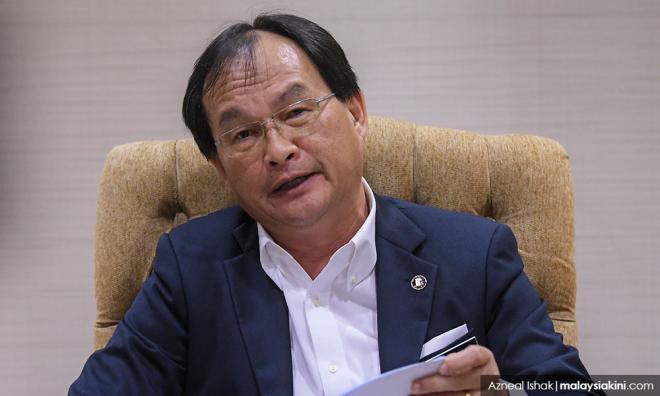 A study has been carried out to identify suitable areas for the purpose of extracting underground water in Sarawak, especially in the coastal areas, said Works Minister Baru Bian.

He said that the study was carried out by the private sector, and was part of the Sarawak PKR's efforts to upgrade the quality of life of residents in those areas, such as in the Belawai district in Tanjung Manis, that have long been plagued by water supply problems.

“This study has been conducted and we will take note on the recommendations so that we can present them to the cabinet,” he told reporters.

Baru (photo, above) was asked about the water supply problems faced by residents in the Belawai district although the pipes for the distribution of water supply from Sibu to the area have already been completed.

He said the state government’s failure to supply water project, costing almost RM1 billion, from Sungai Maaw in Sibu to Tanjung Manis was an unfortunate incident as the people did not get the proper benefits of the amount being spent.

According to the Auditor-General’s Report 2017, the failure of the project to achieve its objectives also affected the aquaculture project at the Tanjung Manis halal hub where the Sarawak government had invested up to RM1.14 billion.

“This is the state government’s problem, so it is necessary to cooperate with the federal government to address it,” he said.

Earlier, Baru denied claims by certain quarters that he hardly voiced the problems faced by the people in Sarawak after being appointed as a federal minister.

“We are now the federal government and there is no need to raise any issue via the media.

“All the problems that are brought to my attention during my visits to different districts in the state are related to basic facilities such as dilapidated schools, health clinics, water and electricity. I will submit the problems the relevant ministers for further actions,” he said.