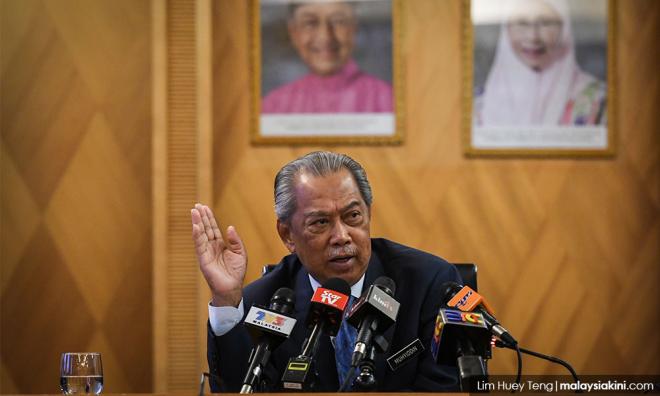 Home Affairs Minister Muhyiddin Yassin said the invitation extended by Prime Minister Dr Mahathir Mohamad to Malay parties to join Bersatu is a reasonable one, which he hopes will be received well.

“In the end what we want is the spirit of unity to be instilled among the Malay community.

“So I see the invite as reasonable and I hope the Malay leaders will accept the invite from Mahathir,” said Muhyiddin, who is also the Bersatu president.

He was speaking to reporters after attending a Hari Raya open house at Pusat Latihan Polis (Pulapol) in Kuala Lumpur today.

Mahathir had on Friday invited all Malay parties, including his former Umno, to join Bersatu to unite the Malays.

“As Umno-PAS steer further to the right, it’s timely for Bersatu to position itself as the centrist party for the Malays.

"Together, we can move Malaysia forward,” the minister, who is also Bersatu Youth chief, said in a Twitter posting last night.

The Rembau lawmaker said it would be “arrogant” to dismiss Mahathir’s suggestion, as the latter was correct to state the Malay community was fractured today.

“I think the reason behind that (invitation) is something that we should give some serious thought to.

"He (Mahathir) is worried that the Malay politics is too fractured. Which is correct,” Khairy was reported to have said yesterday.

Bersatu was formed after a falling-out between Mahathir and Najib over the latter's leadership of Umno and the 1MDB scandal.

At present, besides Bersatu and Umno, other predominantly Malay parties are PAS, Amanah, Putra and Ikatan.

Umno and PAS, both finding themselves in the opposition corner following GE14, has since begun working together, resulting in victories in several by-elections including Rantau, Semenyih and Cameron Highlands.