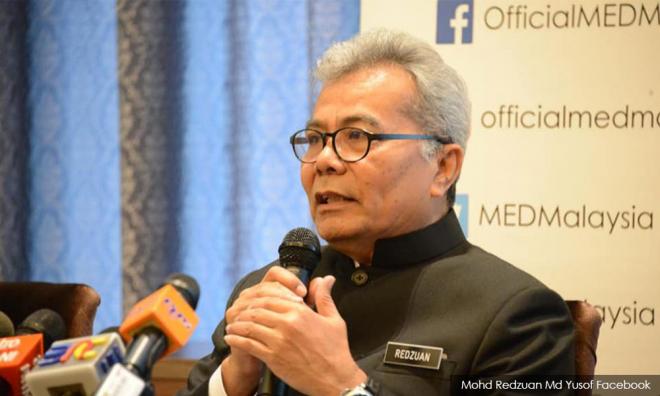 'Bersatu entry into Sarawak not intended to rock the boat'

The entry of Bersatu into Sarawak is to enable indigenous people in the state to express their wishes on the same platform as the Pakatan Harapan component party.

“If anyone says we are coming to Sarawak to divide its people, we want proof.

"Sarawak is a wealthy state, but we do not see this wealth being shared with the people,” he told a press conference in Kuching yesterday.

The registration of Sarawak Bersatu was approved by the Registrar of Societies on May 9 after its launch by chairperson Dr Mahathir Mohamad in Bintulu last December.

Earlier, Redzuan held a meeting with Sarawak Bersatu divisional chiefs to bolster the party's move in the face of the 12th state election, due to be held at the end of next year at the earliest.

He said so far the registration of 12 out of 31 Sarawak Bersatu divisions had been approved by the ROS, including Kuching, Santubong, Stampin, Kota Samarahan, Bintulu, Sri Aman, Ulu Rajang, Julau, Sibuti and Mukah.

However, Redzuan said those who were nominated as division chiefs would be inaugurated soon after a decision was made at a central council meeting on July 20.

“There are some new faces with leadership characteristics and experience, and we will make sure they are nominated and selected,” he said.

Redzuan also described DAP secretary-general Lim Guan Eng’s recent statement that Bersatu should be consistent on the recruitment of members from Umno as just a personal view.

“We (Bersatu) have our own stand and have a certain moratorium to ensure the matter, but membership approval is up to the highest leadership council,” he said.