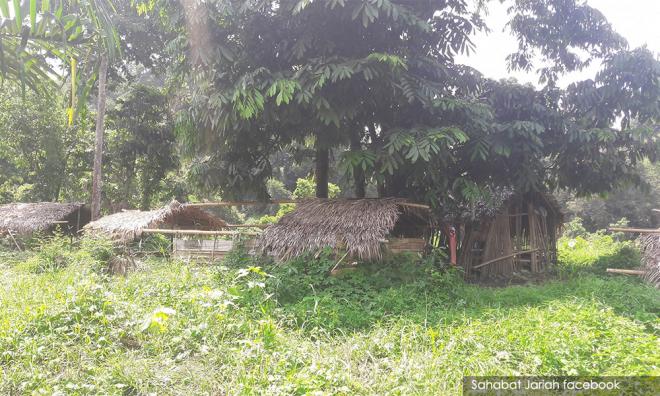 There is an air of quiet in Kampung Kuala Koh, the settlement of the Orang Asli of the Batek tribe, despite the lifting of the red zone prohibitory order at 8am this morning.

On June 12, the village had been declared a restricted area, following an affliction of measles which had infected 155 villagers who were moved to temporary quarters at PPS Etnobotani, while the remaining 30 villagers were strictly restricted to the village area by the authorities.

According to news reports, 15 people died during the incident, with post-mortems conducted by health authorities confirming that three of the deaths were caused by measles and complications, while the post-mortems on the remaining deaths were inconclusive.

The lifting of the red zone order was made by the police this morning following certification by the Health Ministry through the Gua Musang health department, that the villagers were safe from contracting the illness.

Village head Mohamad Pokok, 40, said while the community was relieved to regain its freedom of movement, the area was still quiet with only 30 of them present and there were houses that were empty because the other 155 villagers continued to be stationed at PPS Etnobotani for further observation, after receiving treatment at Hospital Gua Musang and Hospital Kuala Krai.

Tribesman Mamat Ong, 30, said the village had lost its buzz and cheer because so many villagers were still away, and he did not know when they would be allowed to return home.

He said the small group of tribespeople still in the village had been gathering every day to discuss their plans on how to continue with their affairs when the prohibitory order was lifted, and these plans included cleaning up the village area.

They had an ample supply of food during their recent curfew because many parties had assisted the community, he explained.