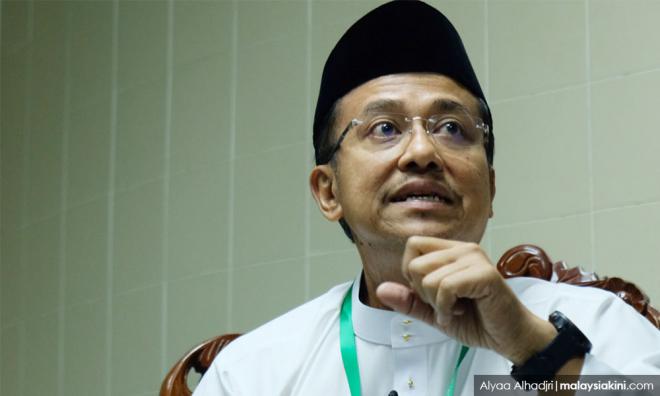 Terengganu Menteri Besar Dr Ahmad Samsuri Mokhtar has urged the federal government to increase the scope of involvement of local contractors in the East Coast Rail Link (ECRL) project from 40 percent to 50 percent.

Samsuri said the state government welcomed the announcement to relaunch the ECRL project on July 25, but the 40 percent of local contractors’ involvement was insufficient to mobilise the state’s economy.

He said the increase would also enable local contractors to engage more actively, as they have the necessary expertise such as electrical work.

"We want to know what aspects the 40 percent of local contractors as announced by Transport Minister Anthony Loke involves, because if it covers the whole project, it will not be enough for economic movement in Terengganu.

"If possible, we want to renegotiate again and ask the federal government to consider expanding this scope to at least half of the entire project in Terengganu,” he told reporters after attending a Kumpulan Aktivitis Media Independen (Kami) charity dinner in Kuala Nerus last night.

Samsuri added that the state government has taken proactive steps by compiling a list of qualified contractors and companies with the potential of participating in the ECRL project.

In another development, Samsuri said the state government had instructed local authorities to monitor industrial and factory safety risks to avoid unwanted incidents.

He acknowledged that he had received complaints on social sites on the smell of pollution caused by factories’ activities in some places, but had not received official reports from related parties.

“However, we have met with the factory involved to find a way to neutralise the smell, although it is not illegal in terms of safety, but people’s convenience is also important.

“The state government also follows the regulations by implementing plant isolation in certain zones and there are also buffer zones,” he said.