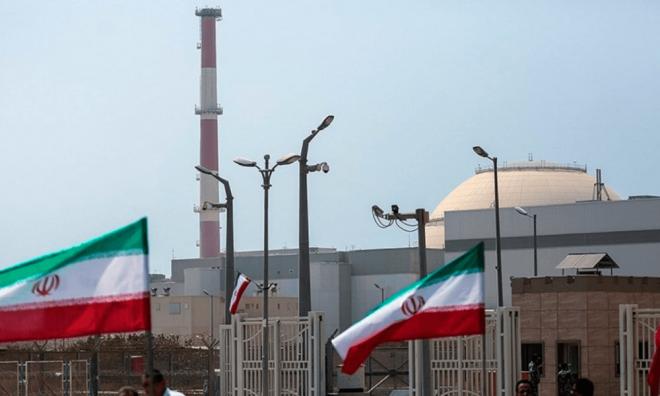 European powers took their first step on Tuesday towards punishing Iran for breaking its nuclear agreement, triggering the deal's mechanism to resolve breaches.

The foreign ministers of Britain, France and Germany, plus the foreign affairs chief of the European Union, said in a statement that Iran was "pursuing activities inconsistent with its commitments" under the deal, known as the JCPoA.

"These compliance issues must be addressed within the framework of the JCPoA, and a Joint Commission should be convened urgently," they said.

The three European powers are the remaining Western signatories to Iran's 2015 nuclear agreement, which was abandoned by the United States last year.

Convening a joint commission of signatories - the Europeans plus Russia and China - is the first step in a process foreseen in the agreement that could eventually lead to a "snapback", bringing back the international sanctions lifted by the deal.

"Iran has stated that it wants to remain within the JCPoA. It must act accordingly by reversing these activities and returning to full JCPoA compliance without delay," the European countries said.

The 2015 agreement between Iran and world powers offered Iran access to world trade in return for agreeing to curbs on its nuclear programme.

The future of the pact has been in doubt since last year when the United States pulled out of it and reimposed unilateral sanctions. Iran has said it wants to continue to abide by the agreement but cannot do so indefinitely if US sanctions prevent it from receiving any of the promised economic benefits.

The deal's fate has come to a head in the past 10 days, after Iran announced steps that were in violation of its central commitments - it announced that it had amassed more enriched uranium than allowed under the agreement and said it had refined uranium to a higher purity.

Tehran argues that its steps are permitted under the deal as a response to U.S. non-compliance. It has said it could take new steps in 60 days, including restarting dismantled centrifuges and purfiying uranium to a sharply higher threshold.

The nuclear diplomacy is a central issue in a wider confrontation between the United States and Iran, which has escalated since the start of May when Washington tightened sanctions with the aim of halting all Iranian oil exports.

The dispute took on a military dimension, with Washington accusing Tehran of attacks on ships in the Gulf. Last month Iran shot down a US drone, prompting President Donald Trump to order retaliatory air strikes, only to call them off minutes before impact.

The European powers strongly disagreed with the Trump administration's decision to abandon the nuclear deal, and have since found themselves caught in the middle, trying to persuade Iran to stick to it without receiving the promised benefits.

The Trump administration argues that the deal agreed under his predecessor Barack Obama was too weak because some of its terms were not permanent and it omitted non-nuclear issues such as Iran's ballistic missile programme and regional policies.

Trump's hardline policy is backed by oil-exporting Arab states in the Gulf, which consider Iran a foe and stand to gain from US sanctions that have removed Iranian crude from the market, and by Israel, which has repeatedly called on the European countries to reimpose sanctions.

Trump assails Britain's May and her envoy to Washington
9 Jul 2019
Iran threatens to restart centrifuges, ramp up enrichment in next nuclear steps
8 Jul 2019
Trump administration 'uniquely dysfunctional', says UK ambassador to US
8 Jul 2019
Iran to lift uranium enrichment to 5 percent, above level in 2015 deal
7 Jul 2019