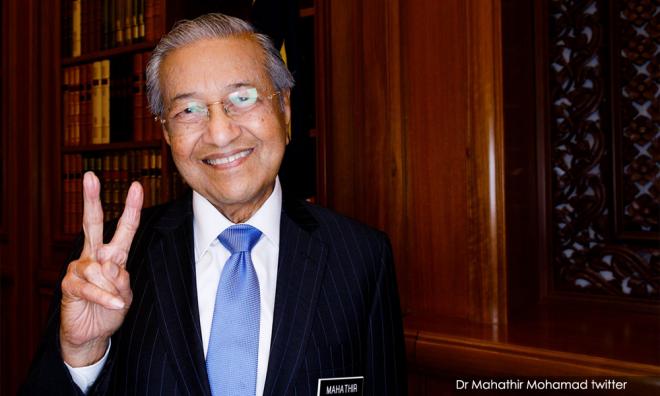 Harapan gov't pulling Malaysia out of the financial abyss

As he marks his 94th birthday today, Dr Mahathir Mohamad counts the ability to lessen the pressure on Malaysia’s financial situation as a notable achievement of his Pakatan Harapan government thus far.

Mahathir, who has the distinction of being the world’s oldest prime minister, notes that not many countries facing a similar situation like Malaysia’s would be able to address the problem.

“I feel there are many problems that we can mitigate; we were able to handle our financial problem. We are no longer under pressure from the financial problem because we have managed it prudently,” he said in a special interview with Bernama Radio in conjunction with his birthday.

For that reason, he said, Malaysia is calm and peaceful.

“And, we are not pressured to the extent of having those who have given us loans making demands, pressuring us. That has not happened,” he said.

“We can handle the financial situation of our country. We can say this is an achievement,” he stressed.

Debts in excess of RM1 trillion

After the Mahathir-led Harapan coalition ended the six-decade rule of the Barisan Nasional (BN), it was discovered that the nation was saddled with debts in excess of RM1 trillion, prompting the new government to go into high gear to tackle the issue.

Mahathir said the severity of the country’s financial problem was only revealed when he once again became part of the government following the May 2018 general election.

“When we came to power and we were able to see from within, we found that the problem was much bigger (than what the public knew) and that it will take some time (to be overcome),” he told Bernama Radio.

Among the measures taken by the Harapan government to mitigate the country’s financial woes are reviewing mega projects and past deals under the previous government, going after allegedly stolen 1MDB funds, and declaring an all-out war against corruption.

Mahathir explained that the fundamentals of the country’s financial recovery plan have been laid.

“I think that over the next three years, our problem will be reduced, but not to the extent of recovering easily.

“It may take between 10 and 15 years for us to recover to being an Asian Tiger,” he said.