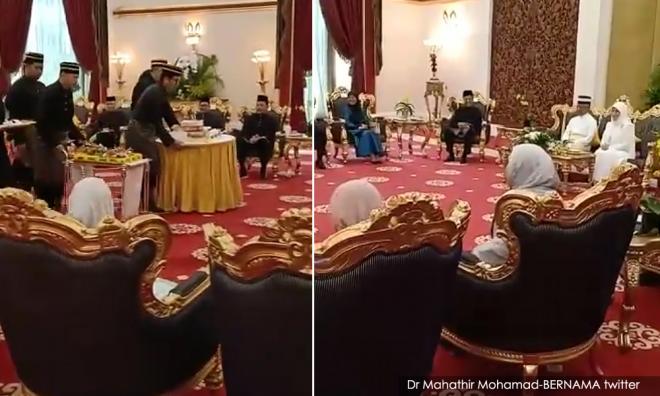 Prime Minister Dr Mahathir Mohamad had no clue what was in store when he arrived at Istana Negara in Kuala Lumpur this afternoon on official business.

According to a Prime Minister's Office spokesperson, one cake was made of pulut kuning while the other was fashioned as a piano topped off with a book.

The book was A Street Cat Named Bob by British writer James Bowen, published in 2010, which is Mahathir's favourite.

Yesterday, the world's oldest leader said his birthday wish is to complete his mission, which is to set the nation on the right track.

This is the second birthday Mahathir is celebrating in office after returning to power following the May 2018 general election, 15 years after his retirement.

During his first tenure, Mahathir had celebrated a total of 22 birthdays as prime minister.