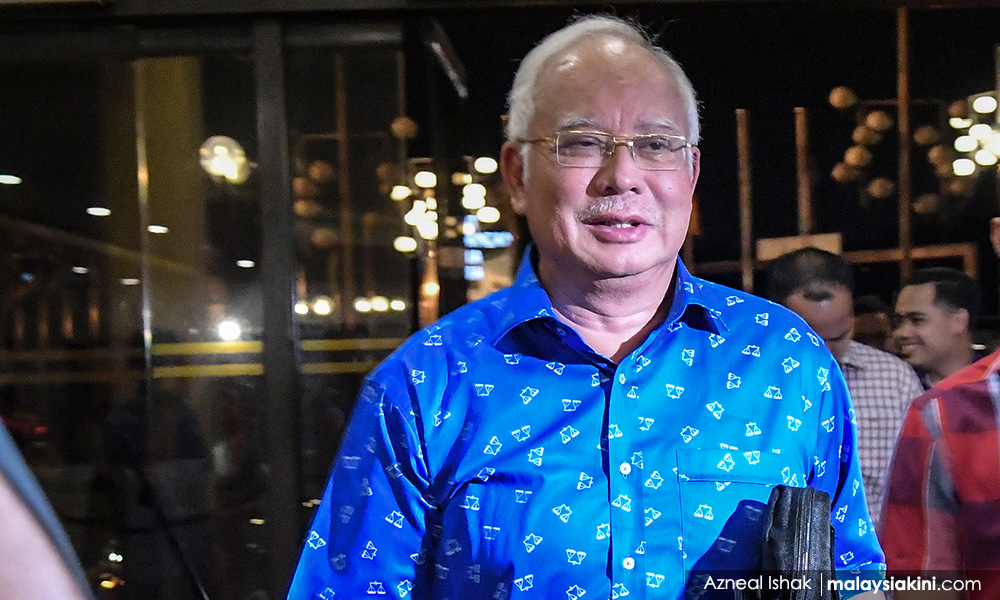 In a post on his Facebook page today, Najib said although the Saudi companies were profitable every year, they had nonetheless been sold off by the Pakatan Harapan government.

"Previously, we (the BN government) worked hard to build the nation's assets, but we were accused of selling the country.

"Harapan continues to sell the country's assets every day since they won GE14, but this is what the people want," he wrote.

In turn, Malakoff doubles its stake in Malaysian Shoaiba Consortium Sdn Bhd - which invests in several Saudi Arabian power and water companies - from 40 percent to 80 percent.

Before the divestment, Khazanah held a 40 percent interest in Malaysian Shoaiba Consortium through DIL. Malakoff, via Malakoff Gulf, also owned 40 percent in the consortium, while Tenaga Nasional Bhd held the remaining 20 percent.

In a press release yesterday, Malakoff had said the acquisition would contribute “immediate earnings accretion” to the company, as well as an increase in cashflows.

Najib said Malakoff had also stated that the purchase would increase the company's profit for 2018 by RM68.3 million.

The RM68.3 million estimation is in line with a paper prepared by Public Investment Bank Berhad, which estimated that the acquisition would increase Malakoff's earnings by RM36 million a year.

In addition, the paper noted that Malakoff is eligible for a one-off gain amounting to RM32.6 million.

This, it said, was due to the revaluation of existing investment following the change in status of Malaysian Shoaiba Consortium from an associate to a subsidiary.

FGV China Oils is involved in processing and promoting Malaysian palm oil for the Chinese market.

"Perhaps the market in China is not big enough. Therefore the Harapan government sold the company to Chinese company for RM100 million."

Najib went on to state that FGV never suffered any losses since its listing in 2012.

"However after GE14, FGV suffered from losses every quarter. Never mind, there are still plenty of assets built by BN for Harapan to sell," he said.

In a filing with Bursa Malaysia, FGV said FGV China Oils has been making losses since it was acquired in 2015, mainly due to market disparity arising from competition coming from regional suppliers.

It said the disposal is in line with the group's plans to rationalise and divest its non-performing businesses.

For the first quarter ending in March 2019, losses continued with a net loss of RM3.37 million compared with a net profit of RM1.12 million during the same quarter in the previous year.

This was due to a sharp drop in palm oil and sugar prices.

investment
economy
khazanah
malakoff
Related Reports
UK open to collaborating with Khazanah on new national car project
a year ago
Could MAS lose the 'Malaysia' in its name?
a year ago
Dr M: Gov't has received four proposals to revive MAS
a year ago
Khazanah to expand investment exposure in the US
a year ago