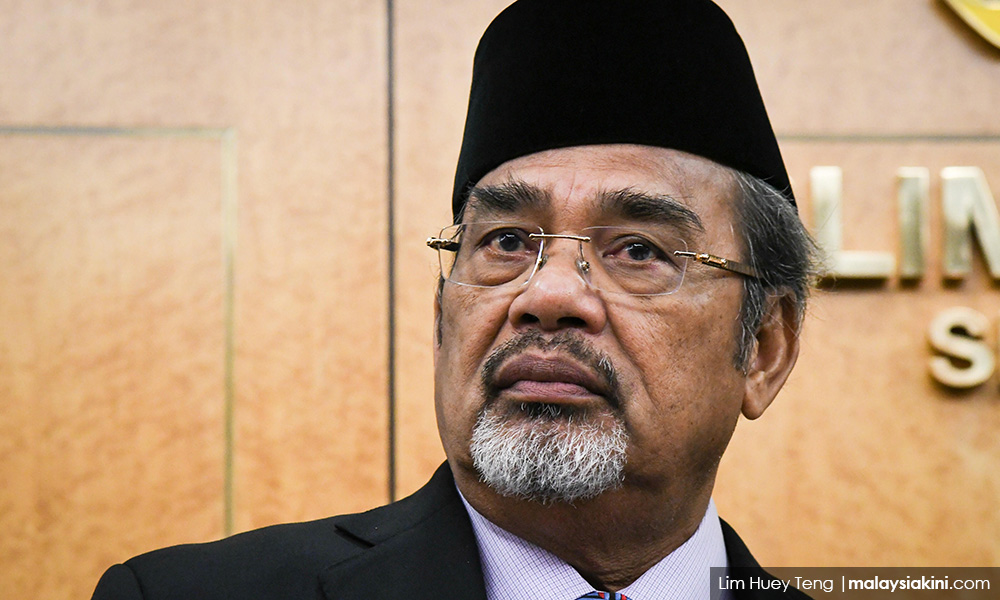 Tajuddin succeeds in application to strike out suit by Tony Pua, Anthony Loke

The High Court here today allowed Pasir Salak Member of Parliament Tajuddin Abdul Rahman's (photo, above) application to strike out a suit filed by Damansara Member of Parliament Tony Pua Kiam Wee and Transport Minister Anthony Loke Siew Fook over his claim that DAP sought to do away with the monarchy system in the country.

"So, now I need to get direction from my clients whether to appeal the decision or file a new one," he said.

Tajuddin filed the application last May 8 on grounds that the words he uttered did not refer to the plaintiffs’ post or profession.

Pua, who is the political secretary to Finance Minister Lim Guan Eng, and Loke, who is Seremban MP, filed the suit against Tajuddin last March 20 over a speech he made in Kampung Jawa on the eve of the Sungai Kandis by-election on Aug 3, last year.

They claimed Tajuddin said that they were Christians and together with their colleagues in DAP were working to spread the religion and also abolish the monarchy.

Pua and Loke also claimed that Tajuddin accused them of working to establish a system of government like Singapore where there was no king or sultan.

They said Tajuddin’s speech was reported by a news portal on the same day with the title "Tajuddin fires 'Christian DAP’ salvo to close BN’s Sg Kandi’s campaign" and was shared 9,400 times.

In their statement of claim, Pua and Loke said Tajuddin’s statement gave the impression that they were using their position to advance their personal political agenda.

They said the speech by Tajuddin was made with malicious with the intent to tarnish their reputation in politics and therefore, were seeking an injunction to stop Tajuddin from publishing the defamatory words and also an apology from him.

They are also seeking general, aggravated and exemplary damages, costs and other relief deemed fit by the court.