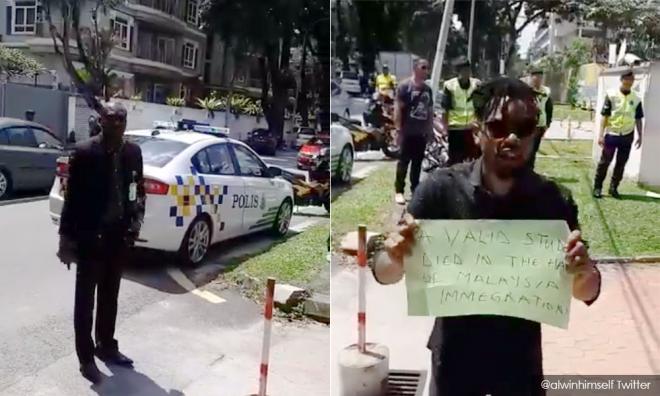 Malaysia still trapped in a quagmire of custodial deaths

ADUN SPEAKS | It doesn’t matter whether the young Nigerian who died in immigration custody was a bonafide student or not, or even whether he had entered into the country illegally.

The question is, why did he die in the Immigration Department's custody, and who is responsible for his death?

We are not sure where else custodial deaths will take place given the near impunity enjoyed by those in charge of law and order.

Even if the IPCMC is established, it might be just confined to the police. What about checking for human rights abuse in other government agencies?

In the past, hundreds of Malaysians have died in police custody and prisons. I am not sure whether those responsible for these deaths have been held responsible and prosecuted.

Recently, I have remarked that custodial deaths among Malaysians have invariably involved those from the lower socioeconomic class.

Custodial deaths are a curse on the poor and underprivileged in Malaysia.

Defenceless individuals without family and societal support often become victims to those in law enforcement agencies.

The thinking is that those responsible for causing custodial deaths can get away from being prosecuted seems to the main reason why deaths are difficult to prevent.

It is sad that a young Nigerian student who came to study in our country was detained and subsequently died in custody a few days later.

Are the authorities going to sweep this particular crime under the carpet like other deaths in the past?

Is the dead student a victim of hate crime among certain immigration personnel?

Why is there so much racism and ill-feelings towards Africans and others who might be culturally different from us?

Recently, the mere mention of the possible recruitment of Africans to work in the plantations was enough to stir racist feelings and hatred.

We talk about world-class education but yet we are unable to free ourselves from prejudiced attitudes toward students from certain countries.

Our immigration department should be ashamed for not taking responsibility for those who have been detained.

It is unfortunate that the material growth that we have witnessed in the last few decades has not resulted in commendable egalitarianism.