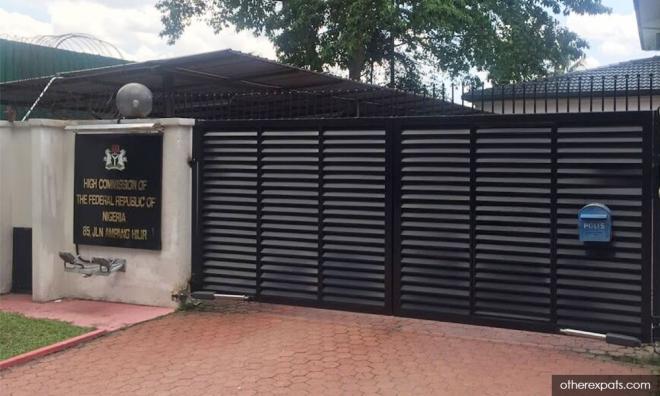 Nigeria wants to prevent repeat of death in M'sian detention

The Nigerian High Commission in Kuala Lumpur has assured its citizens here that steps are being taken to prevent a repeat of the death in custody incident involving doctorate student Orhions Ewansiha Thomas.

The High Commission said it is currently engaging with Malaysian authorities and awaiting the result of the Lim Kok Wing University student's autopsy report.

"The High Commission has equally taken note of the concerns of Nigerians in Malaysia.

"The High Commission assures that necessary steps are being taken towards addressing this unfortunate incident with a view for redress and to prevent such occurrence in the future," it said in a statement dated yesterday.

The High Commission also urged Nigerians here to remain calm and abide by Malaysian law while investigations are ongoing concerning the circumstances of Thomas' death while under the Immigration Department's detention.

The statement was issued following a reported protest outside the High Commission along Jalan Ampang yesterday by a group of Nigerians unhappy with what they claimed to be an overall lack of assistance for their citizens who faced visa issues and ended up being detained by the Immigration Department.

Online portal Free Malaysia Today quoted Ahmed Adebanjo, a spokesperson for an NGO known as Nigerians In Diaspora Organisation Malaysia (Nido-My), who claimed many Nigerians were being held in immigration depots as they did not have valid travel documents.

"We want to work with the government but the embassy needs to do more. Their best is not enough. They need to do more to help Nigerians here.

"We know there are Nigerians who are troublemakers. We can’t deny that, and the police are just doing their jobs," he reportedly said, adding that there were also Nigerians who were law-abiding but died while trying to escape from raids or during detention.

Immigration director-general Khairul Dzaimee Daud yesterday confirmed that Thomas, who was arrested during a raid and taken to the Bukit Jalil Immigration depot, died in custody at 12.30am on July 9 after he was found to have suffered from seizures while sleeping.

He, however, maintained that there was no breach of procedures concerning Thomas' arrest and detention.

Thomas was detained on July 4, during an Immigration Department raid at the Desa Puri Apartment, along with 20 other foreigners, and subsequently placed under remand for 14 days to verify his documents.

Khairul Dzaimee said Thomas was arrested to verify the authenticity of his passport and student visa as the 34-year-old father of two had initially attempted to run away from immigration officers.