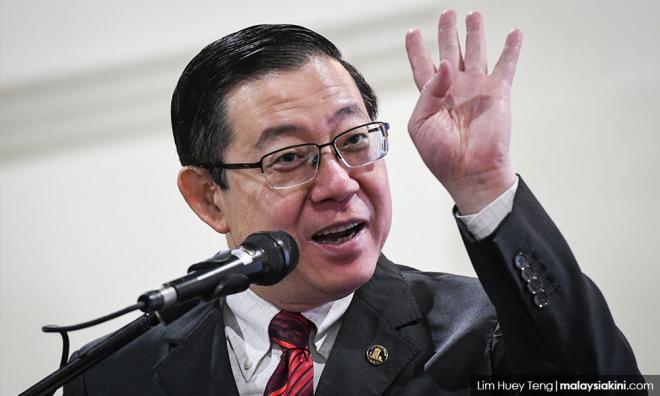 MP SPEAKS | Malaysia exceeded market expectations with a 4.0% industrial production index (IPI) growth In May 2019, And together with solid expansion in exports and domestic demand, they point towards a sustained second quarter economic growth.

The Department of Statistics yesterday announced that the industrial production index (IPI) for May 2019 - a measure of factory output in the manufacturing, mining and electricity-generating sectors - rose 4.0% from a year earlier. From January till May 2019, Malaysia’s IPI grew 3.2% compared to the corresponding period last year.

Meanwhile on July 3, 2019, S&P Global Ratings (Standard and Poor’s) affirmed Malaysia’s issuer credit rating at A- with a stable outlook.

In contrast, industrial production in other Asean economies experienced contraction.

In the Philippines, Singapore and Thailand, factory output fell 2.1%, 2.4% and 4.0%, respectively in May 2019. Furthermore, in the second quarter of 2019, Singapore's GDP only grew 0.1% compared to last year or shrank 3.4% quarter-on-quarter. HSBC economist Joseph Incalcaterra has been quoted stating that the latest quarterly figure in Singapore is a "harbinger of further growth deterioration across the region", as a result of the continuing trade war between the US and China.

However, the Finance Ministry believes that persistent industrial production expansion for Malaysia in the month of May, together with solid expansion in exports and domestic demand, point towards sustained GDP growth in the second quarter of 2019, with the World Bank forecasting Malaysia to enjoy a 4.6% GDP growth for the whole of 2019. Separate data from the Department of Statistics show that the jobless rate fell to 3.3% in May from 3.4% in the preceding month. The number of unemployed persons fell to 519,800 persons in May, from 523,300 persons in the prior month.

The strong IPI growth is reflected in Malaysia’s manufacturing sales, which grew 6.7% to RM69.7 billion in May 2019, from RM65.5 billion a year ago. Meanwhile, Malaysian exports expanded in May by 2.5% year-on-year, again beating the market consensus of 2.2%. Similar to the 4.0% IPI growth, the May 2019 export growth was due to an increased in global demand for Malaysian electrical & electronics, and chemical products.

The expansion of both exports and industrial production signal that the Malaysian economy is resilient in overcoming external disruption while benefiting from the ongoing trade war through business relocation, as well as trade and investment diversions. Approved foreign direct investment (FDI) across all sectors for the first quarter of 2019 rose 73.4% to RM29.3 billion versus RM16.9 billion a year ago. In the first quarter of 2019, approved FDI growth was driven by a 127% increase in approved manufacturing FDI to RM20.2 billion from RM8.9 billion a year ago.

Apart from industrial and trade statistics, other indicators are showing promising trends. Inflation rates for May 2019 were low and stable at 0.2%. Vehicle sales are one example of robust domestic demand growth as total vehicle sales for the month of May surged 41% year-on-year to 60,780 units, versus 42,977 units in May 2018. For the January-May 2019 period, 253,808 units of vehicles were sold, which was 13% higher than it was in the same period last year.

Malaysia is a small, open economy that is deeply embedded in the global supply chain.

The government recognises the downside risk that exists from slower global growth, especially when Malaysia’s top trade partners are experiencing an economic slowdown.

The government is in the midst of preparing its 2020 Budget, which will take the relevant risk scenarios caused by the continuing trade war into account. In the meantime, the government is taking a business-friendly approach to take advantage from the permanent reorientation in the global supply chain leading to investment or trade diversions to Malaysia, while pressing on with its institutional reforms.