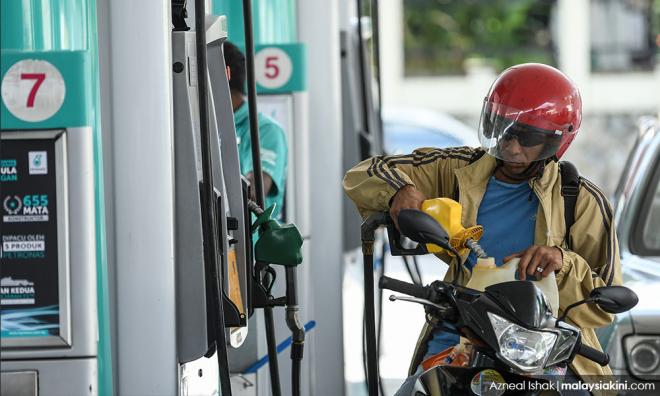 The Ministry of Domestic Trade and Consumer Affairs (KPDNHEP) has urged the public to give the government time to finalise the implementation mechanism of the targeted petrol subsidy for the lower income group or B40.

Its minister Saifuddin Nasution Ismail said although the implementation date did not meet the set target of the second quarter of this year as announced in the 2019 Budget, he was optimistic that it could be implemented this year.

He said from January to June this year, he held numerous meetings with stakeholders such as oil companies, petrol station operators, consumer associations, Bank Negara, Customs Department, Road Transport Department and the secretariat who worked on the recipients’ data, in efforts to find the best mechanism to implement the system.

“We took the first two quarters (on preparations and research on the mechanism) and now we have completed them. However, the implementation should only be carried out with the permission or consent from the cabinet and we are now in the midst of preparing a cabinet paper – a joint effort between KPDNHEP and the Finance Ministry.

“We are now in the second week of July and I am optimistic that we can present this cabinet paper this month, and once we have done that, we can announce it,” he told reporters after officiating the Petroleum Safety Awareness Campaign programme at BH Petrol in Jawi, Nibong Tebal, today.

Malaysians normally use about 1.2 billion litres of petrol each month with 90 percent of it being subsidised RON95 while the rest is RON97.

In February this year, the government announced the price of RON95 petrol was capped at RM2.08 for all consumers regardless of the global petrol price.

Saifuddin Nasution said the cabinet paper comprised all planning and mechanisms of the targeted petrol subsidy system including the timeline and the number of recipients, in detail.

He said everything went well for now and his ministry did not face any problems in preparing the paper.

Petrol subsidies to be issued via direct paying system
1 Jul 2019
With 2 weeks to rollout, dealers still in the dark about fuel subsidies
17 Jun 2019
Targeted fuel subsidies will roll out in July, details still being finalised
11 Jun 2019
Saifuddin: I rate my performance 6.5 out of 10
25 Apr 2019