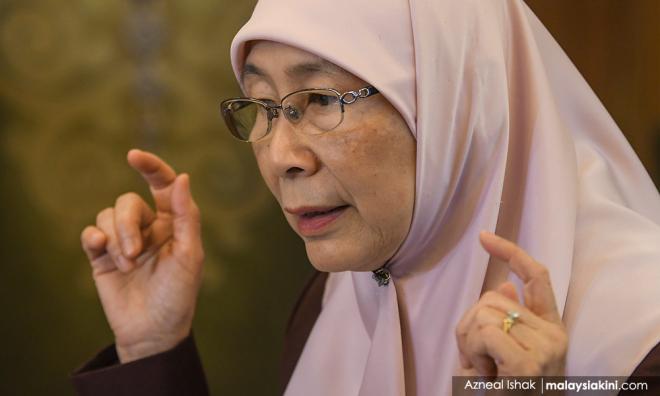 The maid who was allegedly raped by her employer who is a Perak state executive councillor has been placed under the appropriate care and protection, said Dr Wan Azizah Wan Ismail.

"(You) can’t say that she (maid) was not protected because the moment she lodged a police report, the police took action before releasing him (the suspect) on police bail,” the deputy prime minister told reporters after opening a forum entitled “Creative Parenting to Face the New Millennium Challenge” in conjunction with the national-level 2019 Parents’ Day celebration at Universiti Putra Malaysia in Serdang here today.

Perak police chief Razarudin Husain was reported as saying that the state executive councillor who was arrested on suspicion of raping his Indonesian maid had been freed on police bail.

He said the exco member had also been examined by doctors as part of the police investigation.

On July 8, the 23-year-old Indonesian maid lodged a police report alleging she was raped by her employer at his house in Meru, Ipoh.

The media today reported that the Indonesian Embassy in Kuala Lumpur was closely monitoring developments on the rape case involving its citizen.

Indonesian Embassy police attache Chaidir Zahari was reported as saying that the 23-year-old complainant has now been placed in a safe house after the embassy contacted the police in Perak, the place where the maid lodged her report.

Meanwhile, commenting on a newspaper report that some foreigners were marrying Orang Asli women for the purpose of using their names to apply for business licences, Wan Azizah said the matter should be investigated further.

She noted that any marriage involving Orang Asli would be managed by the Tok Batin (village headman) and in the case of non-Muslims, it would involve customary rights.

"We do not want any of our women to be exploited,” said Wan Azizah, who is also Women, Family and Community Development Minister.

Berita Harian reported that the development of commercial farming areas near Orang Asli settlements had made Orang Asli women the target of exploitation by foreigners.

It said these foreigners would take Orang Asli women as wives for the sake of using their names to apply for business licences or government aid reserved for Orang Asli.